Chuck Hagel: India needs time and space to define its relationship with America 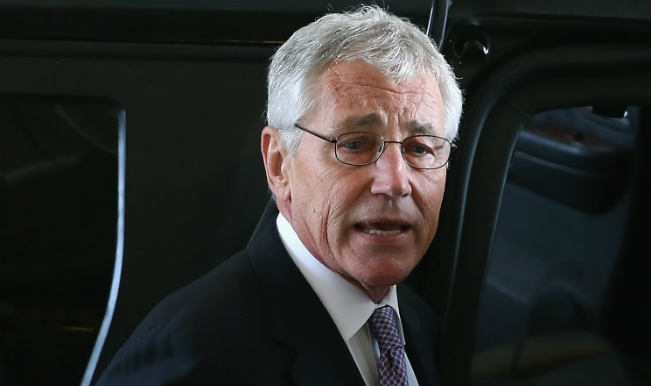 Washington, Aug 8: US Defense Secretary Chuck Hagel has said India should be given time and space to define the nature of its relationship with the US, indicating that the Obama administration was willing to patiently wait for the new government to decide on its course of action. Hours before he landed in New Delhi yesterday, Hagel told reporters travelling with him that the US was mindful of the sensitivity of India’s independence. Also Read - Serum Institute to Provide 3 Crore Vaccine Doses to Dhaka as India Signs Deal With Bangladesh

“It has been an independent non-aligned nation since it became a democracy. We respect that. We take note of that. The people of India, like the people of any nation, deserve their decision-making space, and how they want not only their country to be perceived, but what foreign arrangements they want to make based on their terms,” he said yesterday. “I do think that there is always an issue when the greatest power on earth, the United States, develops relationships with countries. No country wants to be seen as a second cousin to the US or any country. And that’s as it should be. So that’s not an issue,” he said. Also Read - Pakistan Violates Ceasefire In Jammu and Kashmir’s Rajouri, 2 Army Jawans Martyred

He said the Obama administration must find ways to adjust India’s political requirements and handle its relationships, with the US.
It always must be seen, like any arrangement, as an agreement on a project or a deal or a sale as good for both sides, he said.
Any decision India makes and any decision the US makes, any decision any nation makes, is always and must be always predicated on the self-interest of that country, he said.

“I think that the promise, the potential of that nuclear agreement with India was not fulfilled to its full potential certainly as quickly as the United States had hoped, and I suspect India had hoped, but we always have to adjust and adapt and be patient with the realities of internal governments and their people,” he said. Hagel said he hoped to present some new potentials during his meetings for ways the two countries could further connect with their own common interests.

“Over the last few years, we’ve done more joint exercises in military-to-military than we ever have. Our militaries have a very good relationship. India keeps its non-aligned status, its independent status. But that does not at all indicate they are disconnected from the world or the region, but that’s for them to decide,” he added.