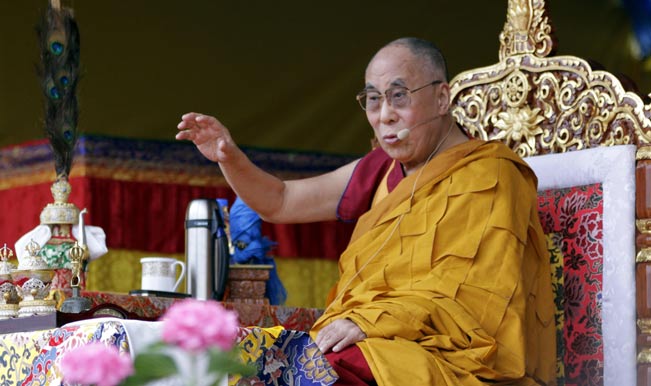 Dharamsala, Nov 17 : Tibetan spiritual leader the Dalai Lama will visit Italy next month to attend the 14th World Summit of Nobel Peace laureates, which was earlier scheduled in South Africa but cancelled in protest over denial of visa to him, his aide said Monday. Also Read - World On Alert As UK Reports Omicron Covid Variant. What We Know So Far

The summit was suspended earlier in September after the South African government failed to issue a visa for the Dalai Lama who wanted to attend the summit in Cape Town, a statement by the summit’s secretariat said.

Rome is the city where the summit was originally conceived. The city has previously hosted the first eight world summits.

Breaking his silence last month over the South African government denying him visa under Chinese pressure, the Dalai Lama described the action like “bullying”.

“The treatment by the South African government is like bullying a humble person who has no protection,” the Nobel Peace laureate said in his address in Dharamsala Oct 2.

“They are my protection,” he said, pointing towards fellow laureates Shirin Ebadi of Iran and Jody Williams of the US, who were present at a function here to mark the silver jubilee celebrations of the Dalai Lama’s Nobel Peace Prize.

Ebadi and Williams with several laureates pulled out of the 14th World Summit of Nobel Peace laureates in protest over denial of visa to the spiritual leader. This led to cancellation of the summit.

The Dalai Lama, who lives in exile in Dharamsala, applied for a visa to South Africa Aug 27, his aides said.

This is the third time in five years that the Dalai Lama has called off his visit to South Africa, they said.

The Dalai Lama, who in 1989 was given the Nobel Peace Prize for his non-violent struggle for Tibet, now lives in exile with some 140,000 Tibetans.