The US President praised Merkel for her efforts in Afghanistan and in her fight against Islamic State. At the same time, he again raised the complaint that many European members of NATO - which he has described as "obsolete" - were not pulling their weight within the Atlantic Alliance.

Washington, March 18: United States (US) President Donald Trump had the first encounter on Friday with German Chancellor Angela Merkel and both the leaders put aside their past differences and spoke on important issues like terrorism and NATO etc. The much-awaited meeting was postponed since Tuesday as the heavy snow did not allow the two leaders to share the same podium. According to a media report, both the leaders acknowledged past differences and do not share the same views on world matters. Also Read - America Rules Out Vaccine Passports

As per a report on Al Jazeera,  both the leaders spoke on matters like ISIL, NATO, and resolving  Ukraine’s conflict with Russia. As both of them had differences in the past, Merkel, in the beginning of her speech chose not to talk about one another, she said, “It’s better not to talk about one another, but to talk to one another.” Also Read - Joe Biden Allows Trump-Era H-1B Visa Bans Expire; Indian IT Professionals To Benefit

Trump shares a different opinion when it comes to immigrants and last year, during his presidential campaign, the US President had taken pot shots at Merkel of allowing refugees from Syria to take shelter in Germany. The business tycoon at the press conference clearly stated that immigration is not someone’s right and our citizens come first, without any question. Merkel did agree that she and the US President do have different opinions on this. (Also Read: List of 7 Muslim countries banned for immigration by US president Donald Trump) Also Read - Germany Extends Lockdown Till April 18, Urges Citizens to Stay At Home During Easter Celebrations

What may have been the most telling episode of the visit took place during a photo opportunity in the Oval Office.

In response to calls from the press, Merkel asked Trump if he wanted to shake hands for the cameras, but the President did not respond. Trump, known for his enthusiastic greetings, did extend his hand to Merkel when she arrived at the White House.

The US President praised Merkel for her efforts in Afghanistan and in her fight against Islamic State. At the same time, he again raised the complaint that many European members of NATO – which he has described as “obsolete” – were not pulling their weight within the Atlantic Alliance. 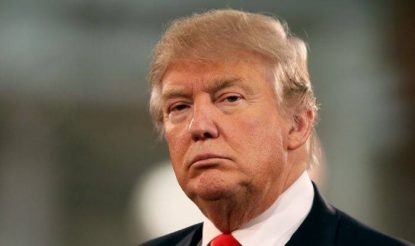 “Many nations owe vast sums of money from past years and it is very unfair to the US. These nations must pay what they owe,” he said, apparently referring to the failure of some member-states to comply with the NATO guideline calling for devoting at least two per cent of gross domestic product to the military.

Trump expressed appreciation for Merkel’s assurance that Germany is committed to increasing its military spending.

Merkel wasn’t impressed with Trump’s travel ban and on this, she said that refugees must not be ignored and their life must be shaped for their better future. Also, she asserted that the West must help those nations who have been in crisis due to civil war.

On economic matters, the Chancellor said she hoped Trump would consider re-opening discussions on the TransAtlantic Trade and Investment Partnership, a proposed pact between the US and the European Union.One of Trump’s first actions as President was to formally withdraw the US from the 12-nation Trans-Pacific Partnership and he made no secret of his dislike for multilateral deals.

The discussions on trade did not take off and the two leaders will sit down again for this.