Earthquake in Nepal: Bangladesh to send 100,000 tons rice for victims

Bangladesh will provide at least 100, 000 tons of rice and other relief materials including drinking water to help the earthquake victims in Nepal. "We have decided to send around 50,000 metric tons o 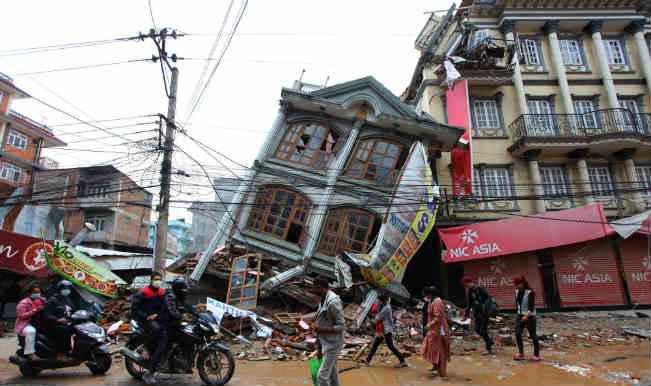 Bangladesh will provide at least 100, 000 tons of rice and other relief materials including drinking water to help the earthquake victims in Nepal. “We have decided to send around 50,000 metric tons of rice to Nepal and sufficient amount of water on emergency basis,” Xinhua quoted Bangladeshi Agriculture Minister Matia Chowdhury as saying on Monday.

“We will send more 50,000 metric tons of rice and other relief materials later.” Bangladeshi Food Minister Qamrul Islam has already been called for initiating an immediate measure in this regard, the agriculture minister said. Bangladesh has been sending relief materials to Nepal regularly following the earthquake that killed at least 6,700 people so far, she said. Bangladesh wants to stand beside Nepal as it played an important role in favor of Bangladesh’s independence in 1971, Matia said. Meanwhile, four cargo trucks carrying approximately 25 metric tons of essential relief materials for earthquake victims in Nepal left Dhaka on Monday afternoon.

The cargoes would travel through Banglabandh-Fulbari-Panitanki- Kakarbhitta land route. The relief materials include 3000 cartons (12 metric tons) of dry food and fruit juice donated by local organisation Pran, and 5000 pieces of blankets donated by leading development organisation BRAC, according to a press release of the Nepalis embassy in Bangladesh. Some of the materials were donated by various private companies, charitable organisations and educational institutions and others were collected by Nepalis and Bangladeshi volunteers.