Protesters marched through the streets holding placards like "Save our NHS" and "Protect Junior Doctors" and were joined by Labour opposition leader Jeremy Corbyn.

London, Apr 26: Junior doctors in England staged their first ever all-out strike today in a bitter row with Prime Minister David Cameron’s government over pay and conditions. The strike forced the state-funded National Health Service to postpone 13,000 operations and 113,000 appointments as thousands of doctors took action. Protesters marched through the streets holding placards like “Save our NHS” and “Protect Junior Doctors” and were joined by Labour opposition leader Jeremy Corbyn. Addressing a large crowd of junior doctors massed on the pavement opposite Downing Street, Corbyn described the NHS as the “greatest achievement in this country”. Also Read - After Failing 157 Times, Man Finally Passes His Learner's Test for Driving 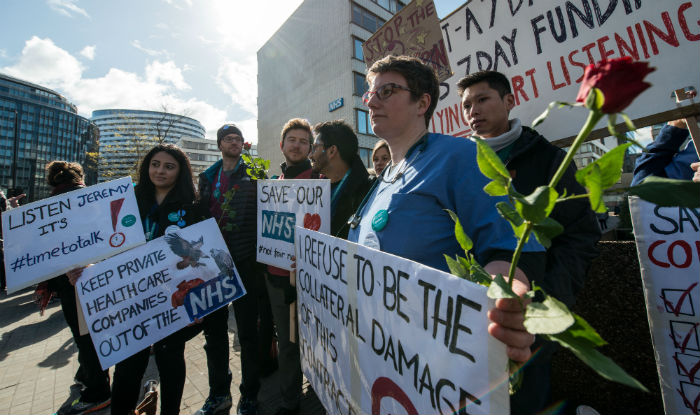 “It’s under threat from a government that’s more interested in attacking the core of the NHS – namely the junior doctors and all that work with them – than supporting the NHS and people that keep us all alive,” Corbyn said. While there have been several recent walk-outs, this one affected hospital emergency care such as accident and emergency (A&E) and maternity units for the first time, although senior doctors and nurses were to remain on duty. England has around 50,000 junior doctors, who are graduates with years of experience who have yet to complete their professional qualifications. The walk-out runs from 8.00 am to 5.00 pm today and tomorrow.(Also Read: Thousands in fresh protest against Macedonian president) Also Read - 'Smell of Home': This Company Sells Bottles of 'Pure Fresh Air' From Different UK Locations For Rs 2500, Here's Why 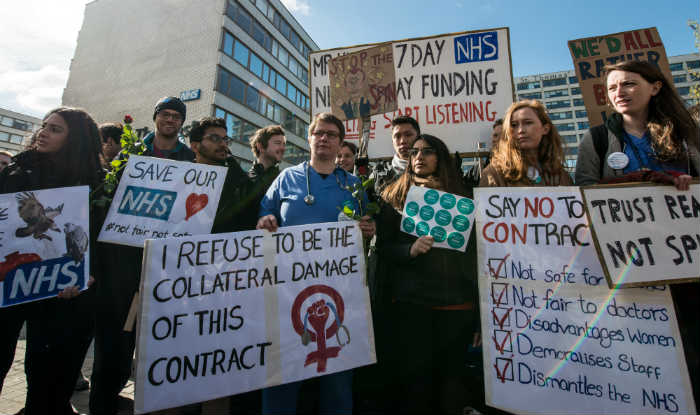 “This is the saddest day of my professional life,” said Fiona Martin, 36, at a picket outside St Thomas’ Hospital in central London, in the shadow of parliament. “I never thought as a doctor I would be forced to put down my stethoscope but we have been forced into it by a government that refuses to listen,” she told AFP. A key sticking point in the dispute has been how much financial compensation junior doctors should get for working on Saturdays. The government has proposed treating most of Saturday like a weekday, cutting down on overtime pay. 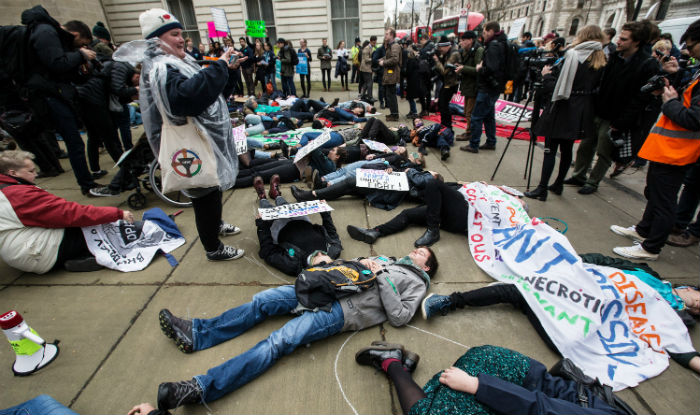 The British Medical Association (BMA), the doctors’ trade union, has not ruled out an open-ended strike or mass resignations as a way of trying to force the government’s hand on the issue. But Health Secretary Jeremy Hunt said the new contract was a “very fair deal” that rewarded junior doctors better than paramedics, police officers and fire officers for working unsociable weekend hour and accused the BMA of blackmail. “We have too many heartbreaking stories, parents who have lost children, people who have lost loved ones, because we are not delivering high-quality care at the weekend,” Hunt said. 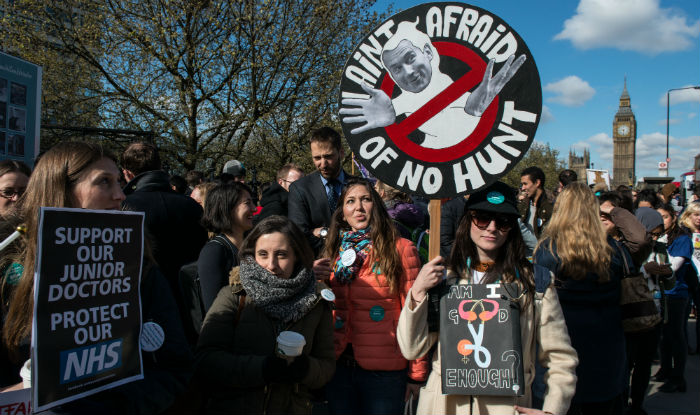