Kurdish girl Asia Ramazan Antar, also dubbed as ‘Kurdish Angelna Jolie’ for her beautiful face and striking resemblance to the Hollywood actress, got killed in her attempt to stop an attack by three ISIS suicide car bombers. Antar reigned as the poster girl for the Syrian Kurdish Women’s Protection Units (YPJ) in the country devastated by the Islamic State. Antar, 19 was known for her lethal fight against Islamic State group. Also Read - Two Afghan Women Supreme Court Judges Shot Dead in Kabul

The Kurdish fighter, Antar was guarding the village of al-Yashli when the militants attacked. “She and her fellows blew up two of them but the last was very close to her when it exploded,” Commander Shirin Abdullah, YPJ spokeswoman, said as reported on Indiatimes. It is not clear when she died, but Antar’s family believed that she have been killed instantly by the explosions in the car and held ISIS guily. Whereas some sources claim that Turkish airstrikes killed her. Also Read - Imran Khan Says His Govt Wants To Learn From China's Development Model to Eradicate Poverty

Machine gunner and feminist Antar, born in 1996 in Al-Quamshili, a city in the north-eastern Syria near the border of Turkey. She was recruited in female brigade YPJ, an all-women army of the  Syruan Kurdish People’s Protection unit. YPJ has around 50,000 women fighters and most of the top ranks are held by female between 18 to 40 years of age. (ALSO READ: France foils ISIS terror attack by female cell, 3 women arrested: Prosecutor) Also Read - Delhi 'ISIS' Operative Arrest: 'Explosives Found in Raid at Suspect's Home', Says Police 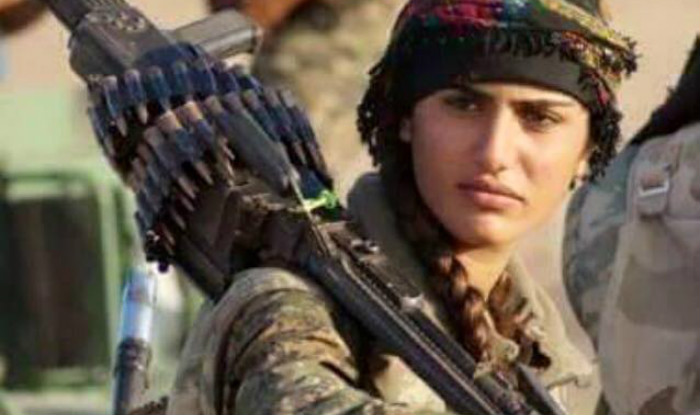 At an age of 19, Antar was already married an divorced. She is known to join YPJ in the year 2014 to gun down ISIS militants. “She always said that the woman has her own cleverness and she doesn’t need to copy what the man does.” Abdullah said.

Antar is buried in Qamishlo – in western Kurdistan.