Darren Wilson, the police officer who killed teenager Michael Brown, an 18-year-old African American, in the US resigned from the Ferguson Police Department, his attorney told media. 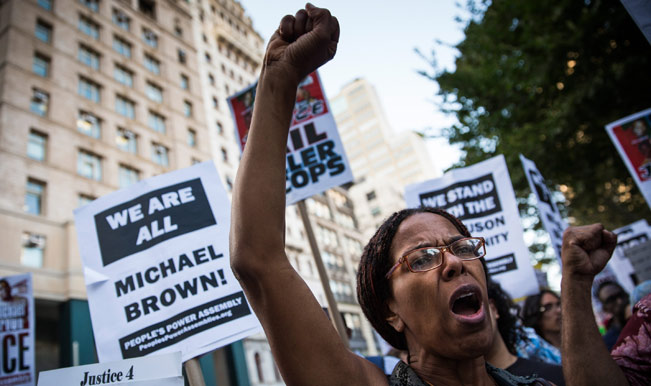 Washington, Nov 30: Darren Wilson, the police officer who killed teenager Michael Brown, an 18-year-old African American, in the US resigned from the Ferguson Police Department, his attorney told media. Wilson, who has been on paid administrative leave since the incident took place Aug 9, has resigned, Neil Bruntrager confirmed, adding that the resignation came into immediate effect, Xinhua reported Sunday. Also Read - ECB Terminates Players' Contracts For The Hundred

Wilson, 28, had been in hiding since the shooting. He broke his silence after a grand jury decided not to pursue any charges against him. The shooting, which led to a debate over race relations and police authority, sparked protests and violence in Ferguson. The grand jury’s decision three months after the incident sparked protests across the United States. Also Read - Zee Digital Witnesses Remarkable Growth, Ranks 3rd on ComScore In January 2020 In News & Information Category

Fifteen protesters were arrested Friday as they blocked traffic in front of the Ferguson Police Department. On Saturday, civil rights activists began a 120 mile (190 km) march to Jefferson City, the state capital of Missouri, to demand sweeping reforms in the police department and denounce the grand jury’s decision. The US Justice Department is still awaiting the findings of a civil rights investigation into the shooting and a separate probe into the practices of the Ferguson Police Department.