In the first such cross-border operation, special forces of the army in coordination with the air force today carried out a surgical strike inside Myanmar, killing nearly 20 insurgents of the groups believed to be responsible for the deadly ambush in Manipur that killed 18 soldiers. 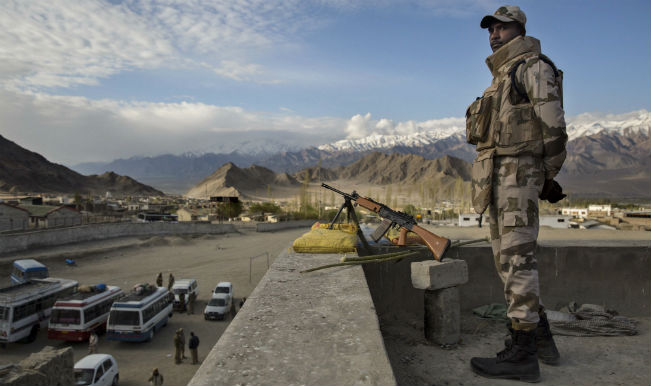 New Delhi, June 9: In the first such cross-border operation, special forces of the army in coordination with the air force today carried out a surgical strike inside Myanmar, killing nearly 20 insurgents of the groups believed to be responsible for the deadly ambush in Manipur that killed 18 soldiers. Also Read - Watch: IAF Chopper Lifts Water in Bambi Bucket To Douse Forest Fire Nagaland's Dzukou Range

Elite commandos of the army went a few kilometers inside the Myanmar territory to destroy two camps of insurgents hiding there after their attacks in Manipur and Arunachal Pradesh last week by NSCN(K) and KYKL outfits. The operation was guided by “specific and precise” intelligence input, highly placed sources said. Also Read - Manipur ASP Returns Gallantry Medal as Court Deems His Drugs Probe 'Unsatisfactory'

About 15 to 20 insurgents were killed in the assault, the sources said, adding there were no casualties among the Indian soldiers. Commenting on the operation, MoS Information and Broadcasting Rajyavardhan Singh Rathore, a former colonel, said, “We crossed over to the Myanmar territory. We have good relations with them and we carried out the strike.”

In the course of last few days, “credible and specific intelligence” was received about further attacks that were being planned within Indian territory.

“These attacks were to be carried out by some of the groups involved in earlier attacks on our security personnel and their allies,” he told reporters here while briefing on the operation without taking any questions.

“In view of the imminent threat, an immediate response was necessary. Based on intelligence, we conducted operations to counter these planned assaults,” Maj Gen Singh added.

Rathore asserted that “any threat to our security, safety and national integrity will meet a firm response” while ensuring peace and tranquility along the border and in the border states.

He said while the army carried out the strike, helicopters were on standby. He described the strike as “unprecedented and extremely bold” by the government as Prime Minister Narendra Modi had ordered hot pursuit in two camps were completely annhilated.

While Maj Gen Singh said the operation was carried out “along the Indo-Myanmar border at two locations, along the Nagaland and Manipur borders”, sources said the strike was carried out inside Myanmar with the coordination of local authorities.