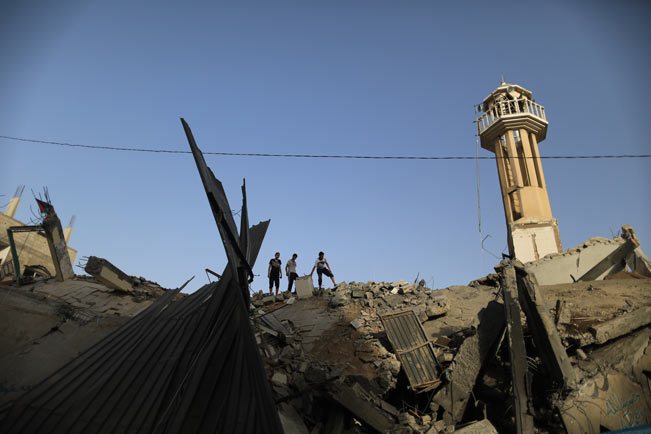 “Only one of Syria’s six World Heritage sites – the Ancient City of Damascus – appears to remain undamaged in satellite imagery since the onset of civil war in 2011,” claimed Susan Wolfinbarger, director of the Geospatial Technologies and Human Rights Project at the American Association for the Advancement of Science (AAAS), a non-profit organisation. Also Read - Zee Digital Witnesses Remarkable Growth, Ranks 3rd on ComScore In January 2020 In News & Information Category

Historic structures at the five World Heritage sites, including ancient mosques, schools, and civilian as well as government buildings, have all been damaged and, in some cases, destroyed, the satellite images revealed. “The Damascus site also could have damage not visible in satellite images,” Wolfinbarger added.

The analysis also reveals extensive damage in Aleppo, one of the oldest continuously inhabited cities in the world, dating to the 2nd millennium BC. “In satellite imagery, massive destruction is obvious throughout the city, and especially at the World Heritage site of the Ancient City,” Wolfinbarger added.

According to Unesco, Palmyra, located in the desert northeast of Damascus, “contains the monumental ruins of a great city that was one of the most important cultural centers of the ancient world”, marrying Graeco-Roman art with Persian influences. The AAAS analysis was completed in partnership with University of Pennsylvania’s Museum of Archaeology and Anthropology and the Smithsonian Institution, in cooperation with the Syrian Heritage Task Force.

“Organising an international research community to study the primary causes of damage to cultural heritage in times of conflict will be critical to intervention efforts in Syria,” noted Corine Wegener, cultural heritage preservation officer for the Smithsonian Institution.