At least four people died after an earthquake measuring 6.3 magnitude on the Richter scale hit China 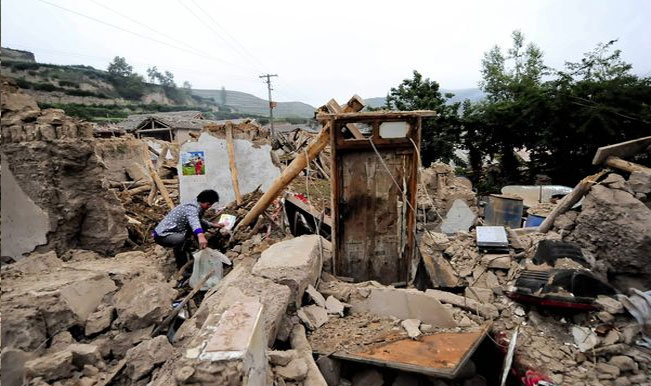 Also Read - China: 9 of a Family Die of Food Poisoning After Eating Noodles Kept in Freezer For a Year

Six of the injured were in a critical condition, while five others suffered severe injuries. The remaining 43 people had minor injuries, according to the government. Two of the six reported earlier to be critically injured, died later, taking the toll up to four. Also Read - Captured Chinese Soldier Who Strayed Into Ladakh Handed Over by Indian Army

Nineteen of the 43 slightly injured are students of an elementary school.