She informed Parliament that two more officers, who can speak Arabic also, have been deployed for securing their release besides a senior IFS officer who is already on the job for the last five months. 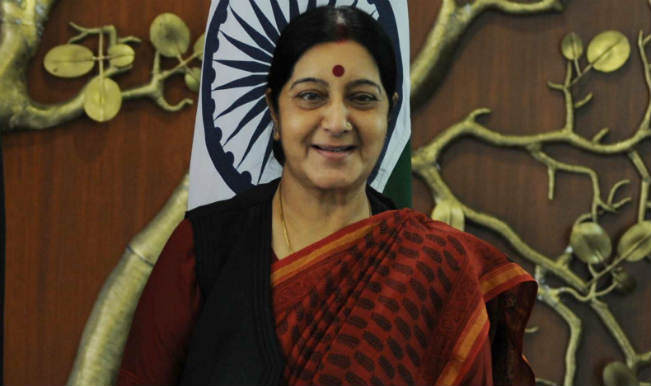 New Delhi, Nov 28 :  Government believes that 39 Indians held hostage by ISIS in Iraq are still alive as there is no confirmation of reports that they have been killed, Parliament was told today amid concerns express by members over their fate. External Affairs Minister Sushma Swaraj made statements in both Lok Sabha and Rajya Sabha after a media report claimed that the 39 Indians, captured over five months back, had been killed by the dreaded Islamist group. Also Read - Despite Farmer Protests, Opposition Uproar, President Signs All Three Farm Bills Passed in Parliament

The media report was based on the statements of two Bangladeshis who quoted an escapee, Harjeet, as claiming that kidnapped Indians have been killed, Sawaraj said, but added that there was no proof to confirm it. “On the one hand there is one source about which there is no confirmation. Six different sources have informed the government that they have not been killed,” she said in identical statements after Deputy Leader of Congress Anand Sharma raised the matter in Rajya Sabha and his party colleague Jyotiraditya Scindia in Lok Sabha. Also Read - Parliament Adjourns Sine Die, Monsoon Session Cut Short by Eight Days Over Coronavirus Concerns

Asking the House whether the government should go by what one person was saying or believe six other sources, she said as a responsible government she would not like to give up the search till there is any concrete proof. “We do not accept his statement. Our prayers and hopes are alive. Our search for their safe release is on….It is my duty and responsibility to keep the hope of tracing them alive and bring them home safely,” Swaraj said.

She informed Parliament that two more officers, who can speak Arabic also, have been deployed for securing their release besides a senior IFS officer who is already on the job for the last five months.