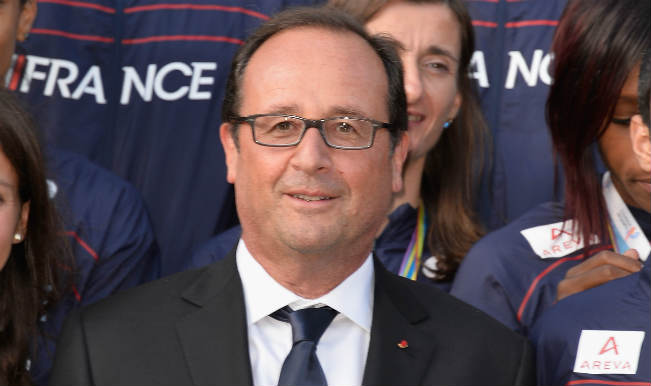 Paris, Sep 25: French President Francois Hollande confirmed Wednesday the death of a French man abducted in Algeria by a group linked to Islamic State (IS) Sunni radical militants. At an UN General Assembly meeting in New York, Hollande affirmed that Herve Gourde, 55, seized by the Jund al-Khilafah group, was “cowardly and cruelly murdered”, Xinhua reported. Also Read - World Environment Day 2020: All About History, Significance of The Day And Theme This Year

“This assassination will reinforce our determination to continue fighting terrorism everywhere. We will continue the combat against IS. Military airstrikes will therefore continue,” Hollande stressed. The French president said he will head a defence meeting at the Elysee Thursday to discuss Paris’s military operation in Iraq and ways to ensure expatriates and citizens safety. Also Read - Modi-Trump Meet: 'We Raised Challenges we Face With Regard to Terrorism Especially in J&K', Says Foreign Secretary Vijay Gokhale

The Frenchman, Hervé Gourdel, a mountaineering guide from Nice, was abducted in Algeria Sunday by a terrorist group, known as Jund al-Khilafah. He had arrived only a day before on a trip to go hiking in Algeria’s northern mountains. In a video footage, the IS urged followers to attack westerners whose nations have joined a coalition to fight the jihadi group after France launched, last Friday, its first air raids destroying IS targets.

France raised the threat level to 30 of its embassies across the Middle East and Africa, urging its expatriates to show high vigilance and to closely follow the ministry’s security recommendations.