Pakistan will hold dialogue with India on all issues including the longstanding Kashmir dispute, National Security Adviser Sartaj Aziz said today ahead of the Foreign Secretary-level talks next week. 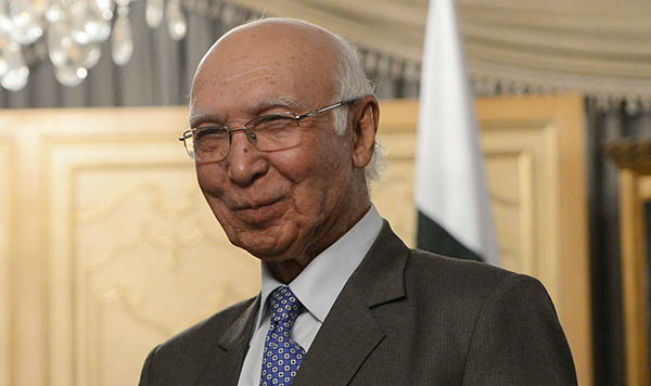 The Advisor said that national security is an important part of Pakistan’s foreign policy but it has never joined India in an arms race. He further said that harmony between political and military leadership is an essential part of national security.

Indian Foreign Secretary Subrahmanyam Jaishankar will arrive here on Tuesday to hold talks with his counterpart Aizaz Ahmad Chaudhry. India suspended foreign secretary-level talks with Pakistan last year, accusing it of interfering in India’s internal affairs after the Pakistani envoy met Kashmiri separatists in New Delhi despite warnings by the government not to do so.