IS captures 21 Kurdish towns in Syria 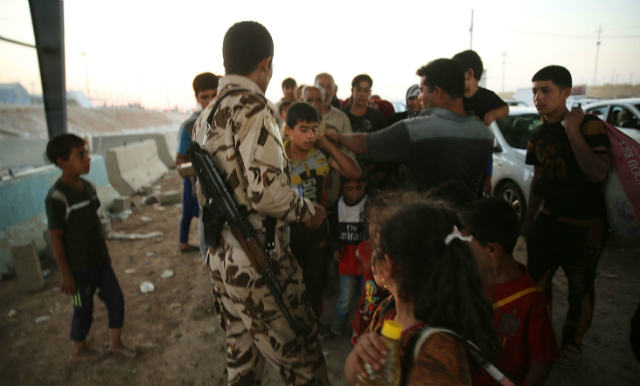 Damascus, Sep 19: The Islamic State (IS) terrorist group has seized control of 21 towns in a Kurdish-dominated region in Syria. The Syrian Observatory for Human Rights Thursday said that the IS has succeeded to capture the towns in the outskirts of Ayn al-Arab city of Aleppo province, Xinhua reported. Also Read - Heartbreaking! Syrian Man Makes Up 'Laughing Game' to Distract Daughter from Sounds of Bombs | Watch

The IS militants used tanks and artillery fire in their wide-scale offensive that was aimed at capturing Ayn al-Arab. The Observatory said that civilians have already started to flee from these areas to nearby towns. Meanwhile, the Syrian National Coalition also warned in a statement Thursday of a massacre in Ayn al-Arab, calling on the international community to undertake “urgent procedures” to protect the civilians as a result of the “fast advancement of IS”. Also Read - 19 Killed, Including 13 Civilians in Multiple Airstrikes in Syria

The Syrian Kurds, whose communities largely live in the northern parts of Syria, have been deadlocked in intense battles with IS militants. Syria’s Kurds account for some 15 percent of the country’s 23 million civilians.