ISIL beyond anything we have seen: United States

The US has said that ISIL is more dangerous than a conventional terrorist group in terms of ideology, military and financial power and present an imminent threat to American people. 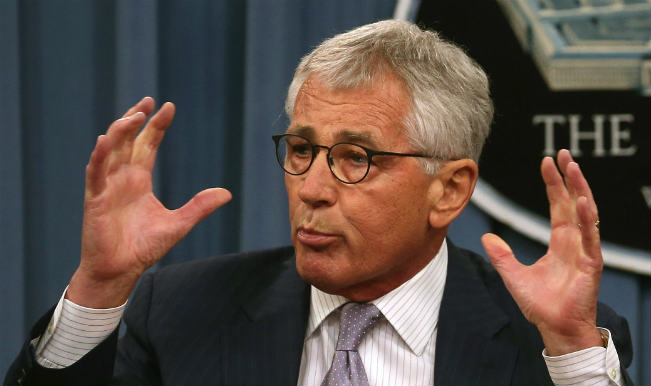 Washington, Aug 22: The US has said that ISIL is more dangerous than a conventional terrorist group in terms of ideology, military and financial power and present an imminent threat to American people. US Defence Secretary Chuck Hagel said, “ISIL is as sophisticated and well-funded as any group that we have seen. They’re beyond just a terrorist group. They marry ideology, a sophistication of strategic and tactical military prowess. They are tremendously well-funded.” Also Read - Australia plane plot directed by 'senior' IS commander: police

“This is beyond anything that we’ve seen. So we must prepare for everything. And the only way you do that is that you take a cold, steely, hard look at it and get ready,” he said at a Pentagon news conference which was jointly addressed by General Martin Dempsey, Chairman of the Joints Chiefs of Staff. Also Read - UN says it receives reports of mass killings by IS in Mosul

“If they were to achieve that vision, it would fundamentally alter the face of the Middle East and create a security environment that would certainly threaten us in many ways,” Dempsey said.

Referring to the brutal murder of American journalist James Foley, Hagel said, “When we look at what they did to Foley, what they threatened to do to all Americans and Europeans, I don’t know any other way to describe it other than barbaric.

“They have no standard of decency, of responsible human behavior. They are an imminent threat to every interest we have, whether it’s in Iraq or anywhere else,” he said. Hagel regretted that the secret operation launched by the US military this summer to rescue American hostages in Syria, including Jim Foley, did not succeed.

“We all regret that the mission did not succeed. The US will not relent our efforts to bring our citizens home and their captors to justice,” he said. Hagel noted that US’ assistance helped Iraqi and Kurdish forces blunt ISIL’s advance around Irbil, where American diplomats and troops are working, and help the Iraqis retake the strategic Mosul Dam.

“A breach of the dam would have threatened the lives of thousands of Iraqis as well as Americans at our facilities in Baghdad and prevented the Iraqi government from providing critical services to its citizens,” Hagel said.