At least 10 Taliban militants were allegedly beheaded by the Islamic State (IS) group in Afghanistan where both are locked in a battle for control of many regions, Efe news agency reported on Wednesday 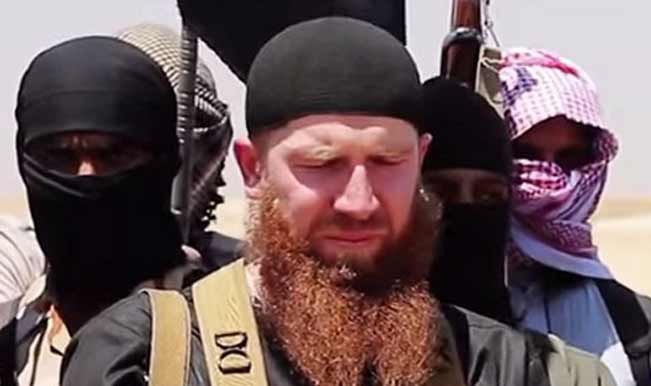 Also Read - Forced to Flee: Over 80 Million People Displaced Worldwide | List of Nations From Where Refugees Are Arriving

Kabul, June 3: At least 10 Taliban militants were allegedly beheaded by the Islamic State (IS) group in Afghanistan where both are locked in a battle for control of many regions, Efe news agency reported on Wednesday. A group of IS insurgents on Tuesday intercepted a dozen Taliban militants in a remote area in the eastern province of Nangarhar and beheaded them, said Numan Hatifi of the 201st Corps of the Afghan National Army. (Read: Threats exist under various names: Manohar Parrikar on ISIS) Also Read - AFG vs NED Dream11 Team Prediction, Fantasy Cricket Hints Afghanistan vs Netherlands 2nd ODI: Captain, Vice-Captain For Today's Afghanistan vs Netherlands, Doha at 12:30 PM IST Jan 23 Sun

The Taliban militants were captured while trying to flee after a gun battle with the Afghan security forces, official source said. Dozens of insurgents have died or been injured in the last few weeks in armed clashes between the Taliban and the IS to gain control over several regions of Nangarhar. Hatifi said that the IS, which has arrived in Afghanistan recently, has snatched control from the Taliban in several regions and begun recruiting candidates for its regime. Also Read - Displaced Families Forced to Sell Children, Organs to Survive in Taliban-Ruled Afghanistan

Regions like Nangarhar bordering Pakistan are of strategic importance for insurgents in Afghanistan where the dynamics of conflict has changed due to the recent rise of new groups loyal to the IS. IS’s first attack in Afghanistan in April led Afghan President Ashraf Ghani to declare that the country is facing “a new kind of war” by foreign terrorists.