ISIS prisoner asks, “Do Americans understand the complexity of the war they are waging?”

Watch the video where an ISIS hostage describes America's policies in their war against terrorism. 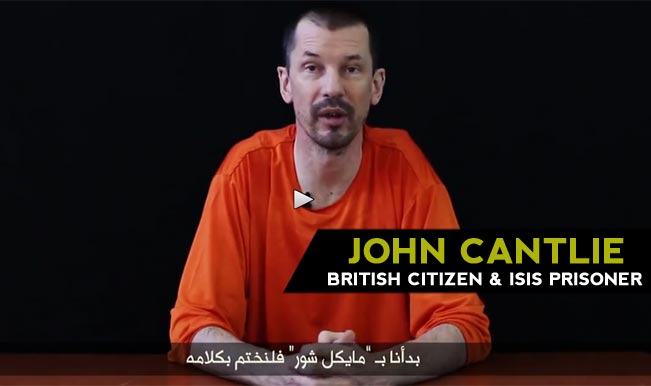 Also Read - 'ISIS Has a New Leader...': Donald Trump Says US Knows it All

America has started air strikes against ISIS. On 24th September 2014, Barack Obama gave a speech to the United Nations asking for support in the war against ISIS. But the terror outfit has released a video with their long term prisoner and British citizen, John Cantlie, talking about America and its allies not doing a wise thing by underestimating the ISIS. Also Read - Four neo-JMB Militants Arrested by Kolkata Police STF

Whether the video has been captured while threatening the prisoner or with Cantlie’s consent is not known. There is also the possibility that the prisoner might be suffering from the psychological phenomenon called Stockholm Syndrome, where the hostage has positive feelings, including empathy and sympathy towards the kidnapper. The kidnapper warns the USA and its allies about not underestimating the ISIS. It also informs the users about British and American policy being flawed. His comments have not been verified. Also Read - US Begins Withdrawing Troops From Syria, Claims Victory Over Islamic State

John Cantlie was first kidnapped along with the recently slain journalist James Foley in Syria in July 2012 and was rescued a week later. He was rescued by the Free Syrian Army but was abducted a second time along with American journalist James Foley and Foley’s translator. The translator was later released. They had reportedly been working together on a film about Cantlie’s first abduction. Foley was beheaded in August 2014.

Here is the video titled, “Lend Me Your Ears”. It is the 1st episode of the series.