Israel has ordered criminal probes into its recent military operation in the Gaza Strip, including an Israeli shelling that killed four Palestinian children in mid-July. 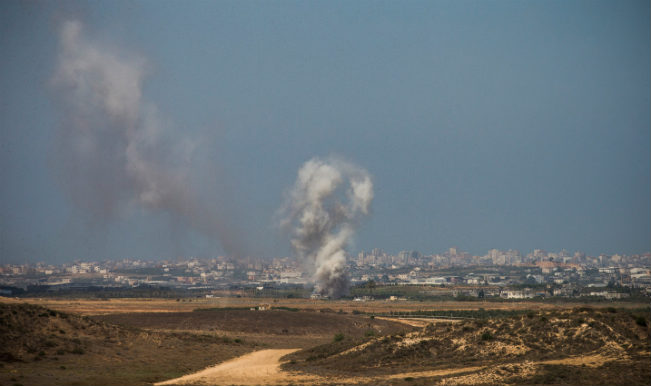 Israel’s chief military prosecutor has ordered investigations into a number of cases, including a naval shelling on a Gaza beach on July 16 that killed four Palestinian children and an airstrike on a UN school in Beit Hanoun in northern Gaza July 24, in which 14 Palestinians were killed, Xinhua reported. Also Read - 'Two-State Solution is Only Answer': Joe Biden on Israel-Palestine Conflict as he Pledges Help to Rebuild Gaza

Two additional cases currently being investigated are suspected looting of money by a soldier from a house in Shujaiye in northern Gaza, and the death of a Palestinian woman who was shot after coordinating her exit from a combat zone in advance.  Another case involves a 17-year-old Palestinian who was detained by troops for five days and later claimed to have been physically abused and used as a human shield.

In all, the military prosecutor’s office is currently probing 44 reported incidents related to the 50-day conflict, in which suspicions of alleged misconduct and breach of international law have been raised. So far, seven cases have been closed, senior military sources were quoted as saying.

To expedite the investigations, six teams of reserve officers, who are “experts in various military fields and underwent legal training courses”, are assisting the military prosecutor, The Jerusalem Post said, adding that the military expects to complete its reviews into claims within weeks and decide which warrant a probe.

Media reports said the military probes were separate from a UN Human Rights Council panel headed by Canadian judge William Schabas. The panel has been tasked with investigating possible war crimes by Israeli forces and Palestinian militant groups in the course of the 50-day Gaza conflict. Internal investigations could help Israel challenge the work of the UN panel. Israel has long accused the UN human rights body of being biased against it.

Figures from the Gaza health authorities show that more than 2,100 Palestinians, mostly civilians, were killed in the fighting. On the Israeli side, 67 soldiers and six civilians were killed.  The hefty civilian death toll has sparked international outcry. Israel has been strongly criticised for its heavy bombardment of densely populated areas in Gaza, while Hamas, the ruler of the tiny enclave, has drawn condemnation for its rocket attacks against Israeli civilians.