Philip Hammond said today that the killing of US journalist James Foley by a man speaking with an English accent was an "utter betrayal of our country". 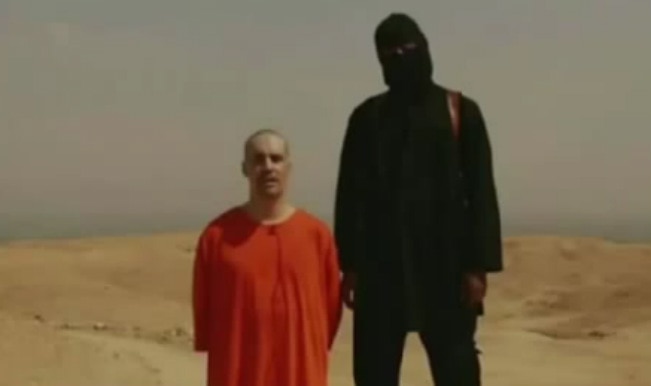 London, Aug 24: Britain’s Foreign Secretary Philip Hammond said today that the killing of US journalist James Foley by a man speaking with an English accent was an “utter betrayal of our country”. There is growing concern in London that British passport holders who travel to fight in Iraq and Syria could return to commit attacks on British soil. The Islamic State (IS) jihadist group posted a video on Tuesday in which a masked militant with a London accent is seen executing Foley, who had been missing since his capture in Syria in 2012. Also Read - The Girl On The Train Trailer Out: Parineeti Chopra as Meera is Full of Secrets And Suspense | Watch

The Sunday Times newspaper, citing unnamed senior government sources, reported that intelligence services MI5 and MI6 have identified the fighter suspected of killing Foley but the sources did not divulge the suspect’s name. “It is horrifying to think that the perpetrator of this heinous act could have been brought up in Britain,” Hammond wrote in an article for the paper. “It is an utter betrayal of our country, our values and everything the British people stand for.” Also Read - The Girl On The Train Remake Teaser Out: Parineeti Chopra Tries To Escape Entangled Murder Mystery

Hammond also warned that IS was “turning a swathe of Iraq and Syria into a terrorist state as a base for launching attacks on the West.”
He added: “Unless they are stopped, sooner or later they will seek to strike us on British soil.” Britain has ruled out sending ground troops into Iraq to fight the jihadists, but it is sending equipment to Kurdish peshmerga fighters who are fighting IS — such as body armour and night vision equipment — and offering humanitarian assistance.

Prime Minister David Cameron’s Downing Street office announced today the appointment of a security envoy to the Kurdish region of Iraq. Lieutenant General Simon Mayall “will support Kurdish and wider Iraqi efforts to counter (IS) and work with Iraq’s leaders as they establish a unity government,” a spokesman said. Cameron’s government is under pressure to step up action to prevent the radicalisation of young Muslims in Britain. More than 500 Britons have travelled to Syria or Iraq to fight with jihadists in the last few years, according to the intelligence services.