Baghdad, November 28: Abu Azrael, has emerged as a cult figure in the war against Islamic State had killed more than 1,500 ISIS militants is known as ‘Angel of Death’ among the Shia militia group, the Imam Ali Brigade who are fighting against the IS. Azrael, who is also known as ‘Iraqi Rambo’ has turned his tough talk towards the oil rich nation Saudi Arabia. Also Read - NIA Conducts Raids in Delhi, Kerala, Karnataka Over Suspected IS Module; 5 Arrested Linked to Pakistan 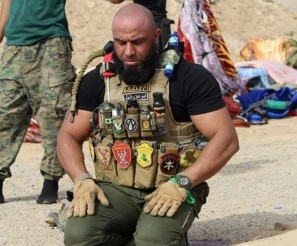 A Facebook page dedicated to Azrael has more than 50,000 followers in which he is holding axes, waving swords and even abusing the corpses of ISIS fighters. In March Saudi had launched a full fledge air strikes on Houthi rebels in Yemen. Due to which Azrael released a video on Thursday in which the folk hero threatened to attack Saudi Arab. Read Also: (Mumbai Muslims ready to fight against Islamic State in Iraq) Also Read - Amid US Capitol Riot, Iraq Court Issues Arrest Warrant Against Trump For Killing of Iranian General Soleimani 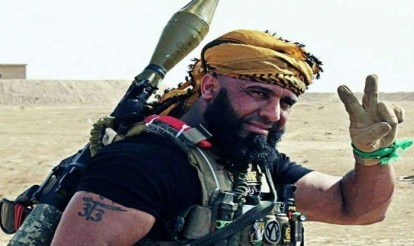 Azrael said in a video that, “We tell Saudi Arabia we’re coming to you from Yemen or wherever. It doesn’t matter”.

The Houthis, who are believed to be fighting a proxy war for Iran belong to a strand of Shia Muslim, a group of tribesmen largely based in Yemen’s north.

In last few years Azrael has become a symbol of Iraqi Shiite resistance against ISIS, the so-called “Angel of Death” became a cult figure in Iraq after waging a joint military assault by Iraqi forces and Iranian-backed militias against the Islamic State early this year. 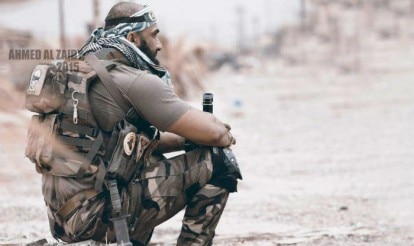 According to reports Azrael is described in various sources as a 40-year-old former university lecturer and a one-time Taekwondo champion, although other sources dispute that and suggest that this back-story may be fabricated.

Some have speculated that six feet three inches tall Abu Azrael is the creation of Iranian propaganda.