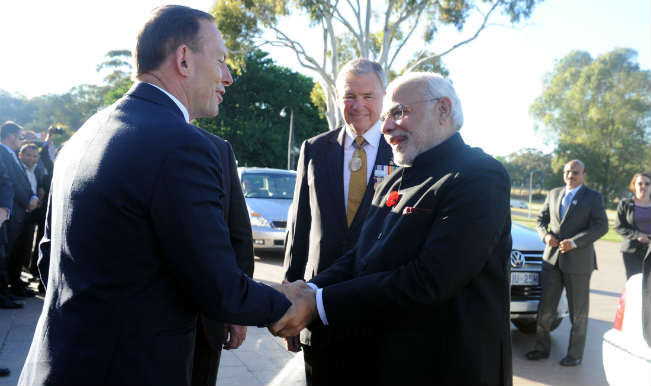 Modi was in Brisbane for the G20, then for a six-hour visit to Sydney from where he flew to Canberra. Melbourne is the last stop in his Australian itinerary. Modi will leave for Fiji in the night for a day-long visit to conclude his 10-day three-nation tour. Also Read - Mann Ki Baat Highlights: PM Modi Bats For Buying Local Products on Dussehra

Around 20,000 members of the Indian diaspora are expected to be present at a community reception being organised in honour of Indian Prime Minister Narendra Modi yesterday. The organisers are also setting up big screens outside this iconic sporting venue which would enable about 5,000 additional Indian Australians to watch Modi’s speech. With few hours to go before the mega reception being hosted in Allphones Arena at Olympic Park, the Indian expatriate community seems to be truly in the grip of a Modi mania.