Projects worth billions of dollars were discussed at 2-day India-Arab Partnership Conference in what was 1st engagement on this scale for Narendra Modi's govt. with 22-member Arab League. 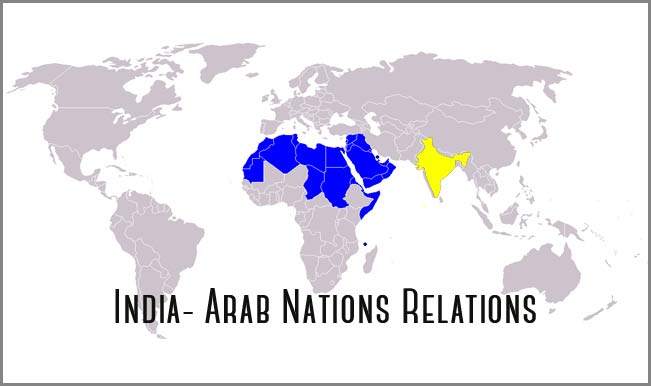 New Delhi, Nov 28: Projects worth billions of dollars, notably in energy, railways and finance were discussed at the two-day India-Arab Partnership Conference that concluded here on Thursday in what was the first engagement on this scale for Prime Minister Narendra Modi’s government with the 22-member Arab League. Also Read - Delhi-Dehradun Economic Corridor: You Will Soon Reach Delhi From Dehradun in Just 2.5 Hours | All You Need to Know

More than 150 delegates from nearly 20 countries deliberated over two days on ways to boost trade between India and the Arab world that today stands at nearly $200 billion, besides securing India’s growing appetite for energy and inputs for plant nutrients. Also Read - BSF Celebrates 57th Raising Day, To Exchange Sweets With Pakistan On Attari-Wagah Border

“The Indian growth story will be incomplete without the participation of friends like the Arab League,” said Commerce Minister Nirmala Sitharaman, setting the tone for the two-day deliberations.

She was seconded by her Saudi counterpart, Tawfiq Fawzan Al Rabiah, who also laid emphasis on the historical ties that the Arab countries enjoyed with India, which has today grown into a strategic partnership – the theme of the conclave.

“Relations between India and the Arab world have a long history. The Indian rupee was a currency in the Gulf till not very long ago. Geographical closeness has given a new dimension to our relations. Urdu and Indian culture are very popular in the Arab world,” he said.

On the sidelines of the event, Mazin Al Masoudi, in-charge of the League of State Missions here, told IANS that in a major initiative, the foreign ministers of all the Arab League member countries will engage with their Indian counterpart next year to chart the next steps forward in pushing ties.

“The previous three editions of the conference played a pivotal role in laying the foundations of a strategic roadmap and synergizing cooperation between India and Arab League member states”, Al Masoudi said.

The two-day event also took stock of projects worth $30 billion in infrastructure, real estate, small and medium enterprises, healthcare, education and food processing, both from India and the League of Arab States, that were discussed at the previous conclave.

The import of two-way ties was further emphasised by the fact that member countries of the Arab League are home to over seven million Indians, with a collective GDP of some $3 trillion, besides being a major destination for India’s exports.

Their investments in India have crossed $3.5 billion since April 2000. This apart, Arab countries today account for more than 70 percent of India crude oil needs, even as much of the inputs for fertilisers, notably phosphates and potash, comes from the region.

The two-day conference also came against the backdrop of the first senior officials’ meeting between India and the League here earlier this month, where emphasis was laid on expanding business ties, especially in energy and information technology.

“There are opportunities available in other industrial corridors including the Chennai-Bengaluru, Amritsar-Kolkata, North East-Myanmar and East Coast Industrial Corridors”, Sitharaman said.

Adressing the concluding session on Thursday, Anil Wadhwa, Secretary (West) in the external affairs ministry, said: “The Delhi Declaration adopted by the two sides would act as a blueprint for India-Arab cooperation.” The conclave came at a time of crisis and conflict in Iraq and Syria, while oil prices have plummeted to levels below $80 per barrel.

The India-Arab Partnership Conference takes place under the mechanism of the Arab India Cooperation Forum established by an MoU in 2008, that also provides for annual consultations at the political level. In the previous such event in Abu Dhabi in May 2012, more than 400 businesses from 15 nations participated, including 50 Indian corporate chiefs.