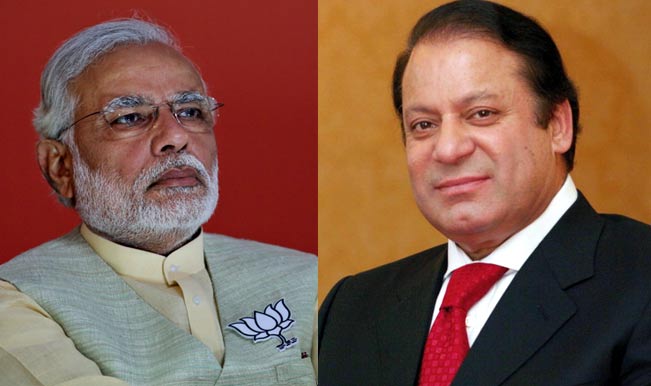 Islamabad, Sep 8: Prime Minister Nawaz Sharif today thanked his Indian counterpart Narendra Modi for offering help in flood relief efforts in Pakistan-occupied Kashmir and said closer collaboration in disaster management should be a part of their agenda of peace and development in the region. “I gratefully acknowledge your letter of 7 September, conveying deep sympathies for the people affected in Pakistan by unprecedented monsoon rains and consequent flooding. The offer for assistance in our relief efforts is equally thoughtful. Such solidarity in the face of adversity is indeed valuable,” he said in reply to Modi’s letter of assistance. Also Read - Parade, Parakram And Pride: India Witnesses Many Firsts at 73rd Republic Day Ceremony

Prime Minister Modi yesterday wrote to Sharif offering assistance to victims of the devastation caused by the torrential rains and floods in PoK.
In his reply, Sharif said he was aware that the Kashmiris on the Indian side of the Line of Control have also faced heavy loss of life and material damage. “Our thoughts and prayers are with the bereaved families in this difficult time, and we remain prepared to extend a helping hand, in whatever way possible, to the efforts for their relief and rehabilitation,” Sharif said. Also Read - 4 Reasons Why Tourism is The Next Growth Engine For India, TAAI President Jyoti Mayal Explains

Noting that South Asia remains one of the most disaster- prone regions of the world, he said, “As we chart a course to advance our common goals of peace and stability, we must also focus on addressing the deeper causes of recurrent floods and on strengthening the preparedness and resilience of our communities against natural calamities.” “I believe closer collaboration in disaster management should be a part of our agenda of peace and development in the region,” Sharif added.

The flood fury unleashed more death and destruction in Jammu and Kashmir, claiming the lives of nearly 200 people and leaving thousands marooned. On the Pakistani side covering also the Punjab province, the toll has shot up to 205. The two leaders have skillfully used the ravaging rains to build trust after India cancelled Foreign Secretary-level talks due Pakistan High Commissioner Abdul Basit’s meetings with separatist leaders of Kashmir. Last week, Sharif also sent mangoes to Modi which helped thaw in the ties.