Pakistan Prime Minister Nawaz Sharif vowed the military operations against militants would continue till their complete elimination as the Wagah suicide bombing toll mounted to 59, a media report said Monday 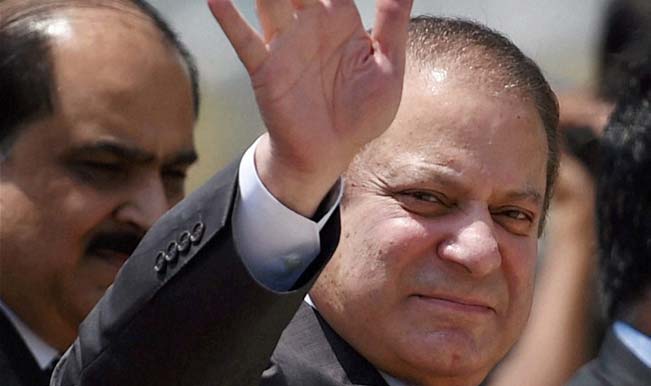 Islamabad, Nov 3: Pakistan Prime Minister Nawaz Sharif vowed the military operations against militants would continue till their complete elimination as the Wagah suicide bombing toll mounted to 59, a media report said Monday. Over 110 people were bloodied and wounded, some of them critically, when a young suicide bomber blew himself up near the Wagah border. Read-Land trade between India, Pakistan halted after Wagah blast Also Read - Nawaz Sharif's Passport Will Be Cancelled On February 16, Says Pakistan Minister

There were conflicting reports on the blast toll. Some media reports said that the toll was 59, while others put the number of dead at 60. The responsibility was claimed separately by the Jundullah and Tehreek-i-Taliban Pakistan-affiliated Jamaat-ul-Ahrar outfits. Nawaz Sharif condemned the bombing and said that military operations against militants would continue till their complete elimination. Also Read - 'Even Jemima Goldsmith'? Pakistan PM Imran Khan Unfollows Everyone on Twitter, Netizens Are Left Guessing!

He ordered an inquiry and sought a report from Punjab Chief Minister, Shahbaz Sharif. Punjab Law Minister, Mujtaba Shujaur Rehman claimed that the suicide bomber managed to cross four security checkposts on GT Road. Two of the four posts had been set up after a threat was reported by the intelligence agencies Sunday morning.

The minister said the target of the bomber was the flag-lowering ceremony. According to reports of the Punjab home ministry, 10 to 15 kg of explosives were used in the suicide bombing. Evacuee Trust Property Board chairman Siddiqul Farooq said that the safety of over 2,000 Sikh pilgrims, who are scheduled to arrive in Lahore Tuesday for the three-day birth anniversary celebrations of Guru Nanak, will be ensured, Dawn reported.

“The suicide attack at Wagah looks like a security lapse and I will ensure this does not happen again, particularly when over 2,000 Sikh pilgrims arrive at the Wagah railway station. “I have also urged Railways Minister Khawaja Saad Rafique to check the trains, which will bring all the pilgrims,” Farooq was quoted as saying.