Every year the most expensive fireworks are carried out at the Sydney's Harbour Bridge and at around 6:30 pm IST Australian business capital and today more than a million people were reportedly present at the spot

Sydney, December 31: Fireworks light up at the Sydney Harbour Bridge while the world enter 2016 and giving a farewell to 2015. Australia which is the second famous country to enter 2016 carried out more than 10,000 aerial fireworks, 25,000 shooting comets and 100,000 pyrotechnic effects which were used during the show. Also Read - Virgo Astrological Prediction 2021 by Munisha Khatwani: Best Year at Career, Take Care of Health

Every year the most expensive fireworks are carried out at the Sydney’s Harbour Bridge and at around 6:30 pm IST Australian business capital and today more than a million people were reportedly present at the spot. Also Read - Taurus 2021 Astrological Prediction:Fine at Love Front But Career is a Slight Problem, Read on 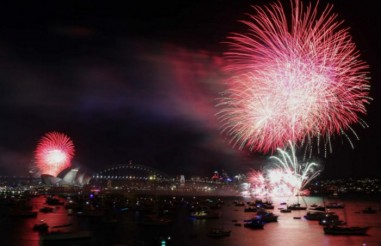 Around 23,000 tonnes of fireworks for the show was used at the famed harbour bridge to watch a display featuring multicoloured firework ‘waterfall’. Read Also: (Do you know which is the first country to celebrate the New Year?)

Many are expected to gather in Melbourne, where 11 tonnes of fireworks will be set off.

Events in Sydney kick off with a flight show followed by a water display show. The Harbour Bridge turns into a giant canvas with projections of images and videos along with a countdown to the fireworks show. 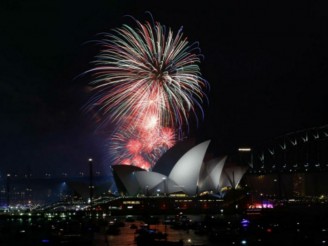 Following terror attacks Paris remains on high alert.The French capital will also have 11,000 officers patrolling the city compared with 9,000 last year. Samoa and Christmas Island in Kiribati witness new year first which is 3:30 pm IST. It is followed by New Zealand and Australia.

India will celebrate new year with Sri Lanka and almost half an hour after India, the sworn step-sibling Pakistan rings in the new year. It is already 1st January 2016 and 12.30 AM in India at that time. 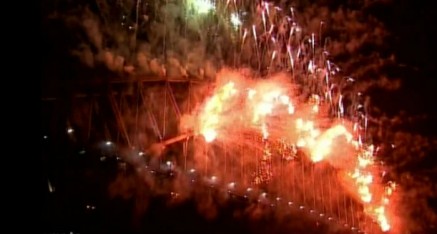 The last to ring in new year 2016 will be islands like Baker Island and Howard Island – at a time when it is evening in India and Day 1 of the new year is already over for many nations.

Following new years celebration the police everywhere in India, especially in Mumbai and Delhi are kept on hight alert.