There is no move by the UN now to hold an inquiry into the allegations against Rajendra Pachauri who has resigned as the chair of the Intergovernmental Panel on Climate Change (IPCC). 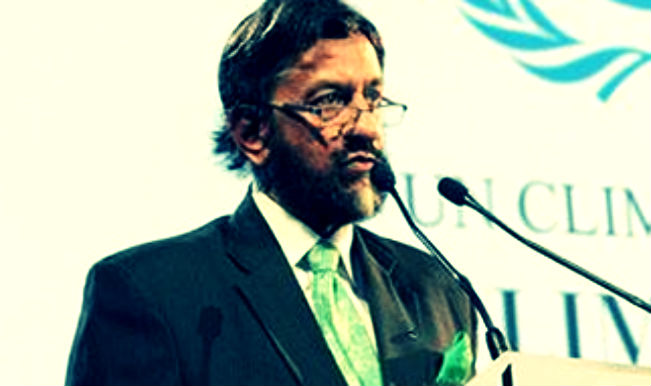 United Nations, Feb 25: There is no move by the UN now to hold an inquiry into the allegations against Rajendra Pachauri who has resigned as the chair of the Intergovernmental Panel on Climate Change (IPCC), Secretary-General Ban Ki-Moon’s spokesperson, Stephane Dujarric told reporters on Tuesday. Answering a reporter’s question if the UN planned its own inquiry, Dujarric said, “We’ve seen the press reports of the case, and I understand the case is being investigated by national authorities. And that’s where it stands.” Also Read - Celebrities And World Leaders Arrive For Akash Ambani-Shloka Mehta Wedding in Mumbai; Tony Blair, Aamir Khan Among Guests

Ban received Pachauri’s letter earlier Tuesday informing him that he was stepping down as the chair of the IPCC and he “thanked Pachauri for his dedicated leadership of the IPCC,” Dujarric said. “Over the past 13 years, Pachauri’s leadership has been critical in increasing the world’s understanding of the true nature of climate change,” he added. “He has also played a leading role in mobilizing international action to address one of the defining issues of our time.” Also Read - Ban Ki-moon urges N Korea to take denuclearisation steps

Pachauri, who is also the director-general of The Energy and Resources Institute (TERI), has been accused of sexually harassing a woman researcher there and Delhi police has filed a report and is conducting an investigation.

Pachauri’s resignation comes at a crucial juncture in developing an international consensus on battling climate change, which is high on the Ban’s second-term agenda. The secretary-general has indicated that he wants it to be one of the legacies of his world leadership. “Our challenge now is clear: to finaliSe a meaningful, universal agreement on climate change,” Ban said at a briefing to member nations Monday on a summit conference on climate change planned for December in Paris.

“If we fail to adequately address climate change, we will be unable to build a world that supports a life of dignity for all.” Despite the upheaval, Dujarric said, “the secretary-general is confident that the IPCC will continue its important work at a time when climate change is affecting more and more people, and threatening the sustainable development of all.”

The IPCC’s 41st session began Tuesday in Nairobi under the leadership of vice-chair Ismail El Gizouli who was appointed acting IPCC chair by its bureau. “The actions taken today (Tuesday) will ensure that the IPCC’s mission to assess climate change continues without interruption,” Achim Steiner, executive director of the UN Environment Programme (UNEP), said. “We look forward to a productive session in Nairobi this week.”

The IPCC said that the current Nairobi session “will help determine how the IPCC works in future, the kind of reports it produces and how it can draw on the contributions of all its members.” The second term of Pachauri, who has headed the IPCC since 2002, was to end in October and he had announced before the allegations surfaced that he would not seek a third term. IPCC said the process of electing a new chair was already underway.

The December Paris meeting, formally known as UN Framework Conference on Climate Change (UNFCCC), will attempt to forge a treaty that commits nations to limit their greenhouse gas emissions so that the average global surface temperatures do not rise more than 2 degrees centigrade above the pre-industrial levels. A UN meeting in Geneva earlier this month produced a negotiating text for the Paris meeting. The United States, the European Union and China have set out their targets for reducing greenhouse gases and India is facing intense pressure to come up with its own goals.

Pachauri, who has been the face of international environmental diplomacy, will be missing from the intense negotiations in the months leading to the Paris meeting.