Olga Lyulchak is proud of her nude pictures! 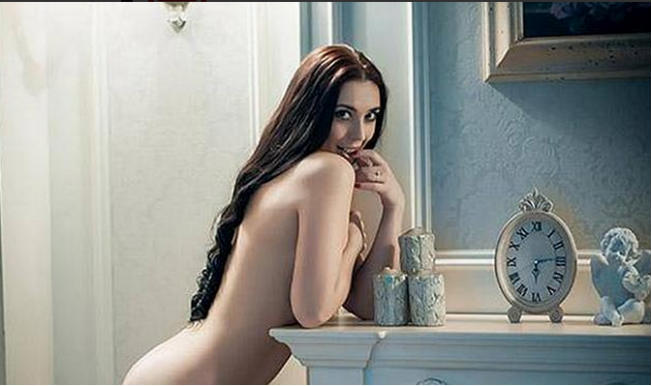 Ukrainian politician Olga Lyulchak, 30 who is standing with former heavyweight boxing champion Wladimir Klitschko in the Ukrainian parliament election was criticized after her nude pictures were leaked in an iCloud hack. The collection of the pictures was leaked from her Apple iCloud account. The collection of raunchy pictures was condemned in Ukraine. Also Read - Apple Designs & Manufactures Special COVID-19 Face Masks For Employees

But rather than being taken aback Olga Lyulchak is proud of her nude pictures! She has hit back at those who criticized her pictures by saying that the nude pictures are nothing but art, and that the right wing press should not demonize them. Also Read - Apple and Google Announces New Coronavirus Tracking Technology

Olga Lyulchak said, “The world honours the great works of great masters such as Van Gogh, Titian and others. They created naked beauty which was admired . In our day and age woman who appear naked are considered vulgar and shameful. I can’t understand it. I think they are pure art.”

This is not the first case, there have been photos of over hundred celebrities after hackers leaked them online. The other known people who were part of this are Jennifer Lawrence, Rihanna and Kim Kardashian whose images were circulated on social media.

The tech giant Apple, has came out and said that the hacking of iCloud accounts happened since the users had put up easy-to-guess passwords or they might have given out their personal details to crooks who were disguised as Apple.