Hunkered down in his Pakistani compound, Osama bin Laden pleaded with his followers to stay focused on attacking the US instead of being dragged into Muslim infighting. 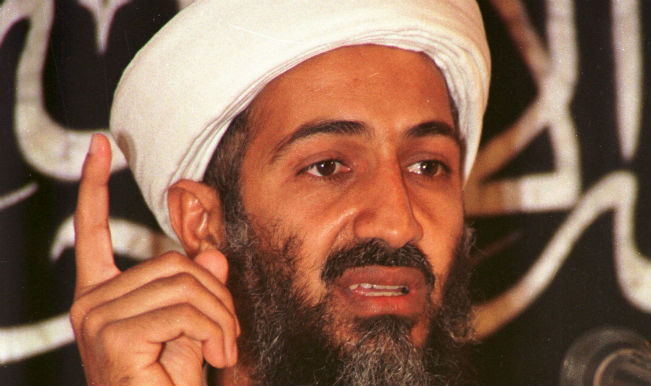 Washington, May 20 : Hunkered down in his Pakistani compound, Osama bin Laden pleaded with his followers to stay focused on attacking the US instead of being dragged into Muslim infighting. Documents declassified today shed new light on the mindset of al-Qaeda’s founder, his debates over tactics, his anxiety over Western spying and his fixation with the group’s media image. “The focus should be on killing and fighting the American people and their representatives,” Bin Laden wrote in one of the newly revealed documents. Also Read - Barack Obama Administration Knowingly Funded Al-Qaeda Affiliate: US Report

The letter was among thousands of files found by US Navy SEALs on May 2, 2011 when they descended on Bin Laden’s hideout in the garrison town of Abbottabad and shot him dead. US intelligence agencies have now declassified more than 100 of these documents taken from Bin Laden’s archive, after lawmakers ordered the move and critics accused the CIA of withholding material. AFP was given exclusive access to the documents in advance of their release.(Also read: Pakistan had no prior knowledge of Osama Bin Laden) Also Read - US House Passes Bill to Provide Americans USD 2,000 Stimulus Checks, Sends it to GOP-led Senate

Jeff Anchukaitis, spokesman for the US Director of National Intelligence’s office, said the release of “a sizeable tranche of documents recovered during the raid” was in keeping with President Barack Obama’s call for “increased transparency.” It was also in accordance with a law obliging the spy agencies to review all the Bin Laden materials for possible release, he said The documents are CIA translations of the originals in English, and AFP had no way to independently verify the materials or the accuracy of the translation.

The release came shortly after US journalist Seymour Hersh alleged that Washington’s official account of the hunt for Bin Laden and the raid that led to his death was a lie. But CIA spokesman Ryan Trapani said the declassification had been long planned and had not been intended as a response to Hersh’s report. From the strategic and theological discussions to the mundane details of domestic funding and security measures, the documents show the man behind 9/11 preoccupied with once again attacking the West in a spectacular fashion.

Mindful of drone strikes taking out senior leaders, Bin Laden frequently refers to security headaches and advises against communicating by email.He scolds his followers for gathering in large groups and frets about a microscopic bug being inserted in his wife’s clothes. He lays out plans to groom a new cadre of leaders willing to risk the dangers of joining al-Qaeda, and his associates discuss arrangements for smuggling Bin Laden’s favorite son and likely heir, Hamza, to Pakistan. Citing domestic US public opposition to the Vietnam War, Bin Laden argues that the only way to alter US foreign policy is to “start striking America to force it to abandon these rulers and leave the Muslims alone.” But the documents also highlight deep divisions among the militants over how to wage their terror campaign. (Also Read: Former ISI chief incorrect on Osama Bin Laden: US )

Bin Laden warns that conflict with regimes in the Middle East would distract the extremists from hitting hard at what as far as he is concerned is the real enemy — America. “We should stop operations against the army and the police in all regions, especially Yemen,” he writes. The correspondence reflects Bin Laden’s “worry that disunity within the global jihadist movement could spell its demise,” said a senior US intelligence analyst. Bin Laden is stunned by the Arab uprisings that erupted across the region from 2010 and urges his deputies to seize the moment of “revolution” and rally Muslim youth. Al-Qaeda’s branch in Iraq, which would later morph into the Islamic State group — and which now increasingly overshadows al-Qaeda — also comes up in the documents.

Bin Laden and his then deputy, Ayman al-Zawahiri, receive a scathing rebuke in a letter from some Iraqi supporters, who demand they denounce the bloodletting in Iraq. The Jihad and Reform Front warns Bin Laden that God will hold him to account “for blessing the work done by the al-Qaeda in Iraq organization without disavowing the scandals that are committed in your name.” “If you still can, then this is your last chance to remedy the Jihad breakdown that is about to take place in Iraq, that is mostly caused by your followers,” said the letter dated May 22, 2007.
Bin Laden writes of the need for large-scale terror operations, even though some of his deputies are finding it difficult to organize massive attacks as they try to avert drones overhead and US eavesdropping.

One document recently declassified in a terrorism trial in New York but not released on Wednesday quotes Abu Musab al-Suri, an al-Qaeda veteran, who advocates going after smaller targets of opportunity as a more realistic approach, intelligence officials said. “Bin Laden at the time of his death remained focused on large-scale operations while other al-Qaeda leaders believed smaller operations, or inciting lone terrorist attacks, could succeed at bleeding the West economically,” the intelligence analyst said. Bin Laden failed to win the argument. After his death, al-Qaeda’s leadership called for lone-wolf attacks, and Suri’s idea of “individual jihad” has won out. The IS group, which was officially excommunicated from al-Qaeda, now controls vast swathes of territory in Iraq and Syria and its online propaganda has been blamed for inspiring attacks from Paris to the Dallas suburbs.