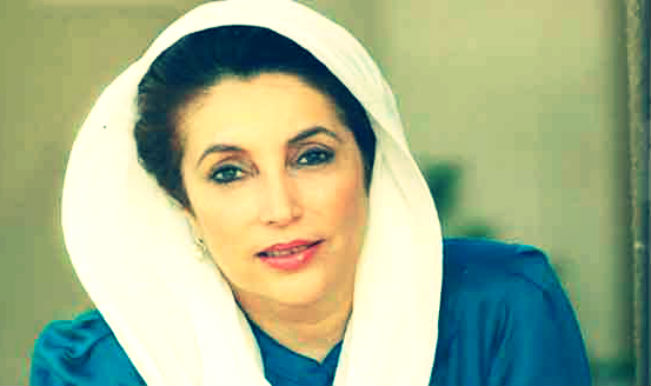 Islamabad, Dec 27:  The seventh death anniversary of former prime minister and ex-Pakistan Peoples Party (PPP) chairman Benazir Bhutto is being observed across Pakistan on Saturday, a media report said. Benazir was assassinated Dec 27, 2007 while leaving a campaign rally in Rawalpindi for the PPP at Liaquat National Bagh in the run-up to the January 2008 parliamentary elections. Also Read - Leader of Pakistan Called For Action Against Those Who Incite Hate, Was he Referring to Himself? India at UNGA

PPP co-chairman and her husband Asif Ali Zardari arrived in Larkana Friday along with their son Bakhtawar Bhutto Zardari and daughter Sherry Rahman to participate in the commemoration ceremony.