The photo of two Presidents shaking hands has shaken up the world as WHO is advising people to practice social distancing amid the outbreak of the novel coronavirus.

New Delhi: Pakistan foreign minister Shah Mahmood Qureshi is now working from home as he has just returned from China, though his tests have come negative, the minister said posting a video on Twitter where he could be seen sitting in front of a pile of files. China and Pakistan share a close bond. Despite the outbreak of the novel coronavirus, the minister along with President Arif Alvi and minister of planning Asaf Umar went to China as they were invited by Chinese President Xi Jinping. China was the epicentre of the outbreak of the deadly disease. According to reports, all members of the delegation were tested before and after their China visit. Also Read - Coronavirus in India: Concerns of Community Transmission? 'Not Yet,' Say Doctors

Also Read - Coronavirus Cases in India Rise to 160, PM Modi to Address Nation on Efforts to Combat it | Top 10 Points

The photograph of the two presidents shaking hand raised several questions, as well. 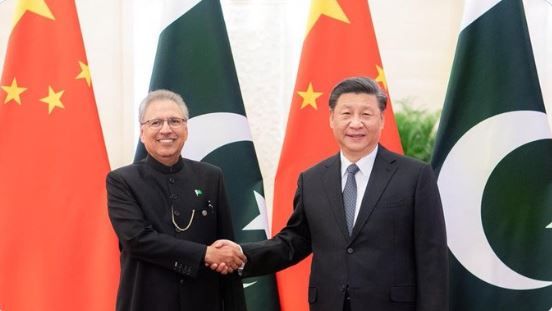 Pakistan has, so far, reported two deaths from the novel coronavirus. The first case was of a 50-year-old man who returned from Umra. The second case has been of a 36-year-old man from Hangu. The number of confirmed cases in the country has risen to 301.

Prime Minister Imran Khan, a few days, ago appealed to the countrymen to not panic. He also dismissed the possibility of a total shutdown to contain the spread of the disease like the western countries have done as that would hit the country hard. Pakistan is also talking to the World Bank for a loan of USD 200 million in the wake of the coronavirus attack.