Speaking to his supporters in front of parliament here last night, Khan vowed to further expose Prime Minister Sharif and his cronies' alleged involvement in corruption. 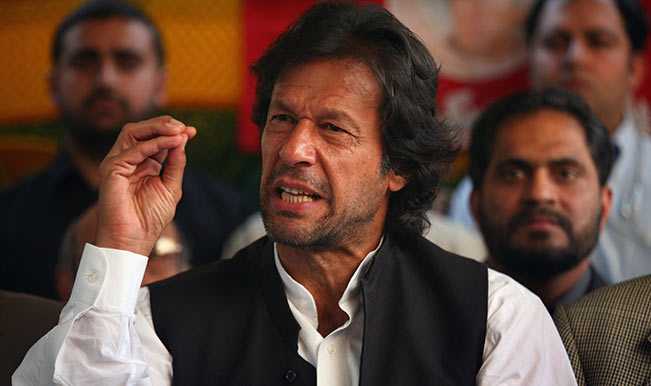 “On Saturday, we will unveil things which should have been brought in the parliament,” he said and asked people to come in big numbers to celebrate the day as “big show” of power. Khan criticised the PML-N government for leveling allegation against him for causing a trillion rupees loss due to month long protests in the national capital. Also Read - India vs Pakistan Twitter War Turns Ugly Over Controversial Dean Elgar DRS Call During 3rd Test At Cape Town

Khan wants Sharif’s ouster over alleged rigging in last year’s poll which his party lost, while populist cleric Tahir- ul Qadri of Pakistan Awami Tehreek wants to bring a revolution in the country. Both the leaders are agitating since August 14. At least three people have been killed and over 550 injured during the protests.

Several rounds of talks have failed to resolve the crisis as protesters want nothing less than Sharif’s resignation, a demand ruled out by the government. Dawn reported that after conclusion of the 14th round of talks with the government, Tehreek-i-Insaf Vice Chairman Shah Mehmood Qureshi said that dialogue has entered into a ‘sensitive phase’ and refused to discuss it any further.

Finance Minister Ishaq Dar, who is also a member of the government negotiating team, affirmed Qureshi’s statement and expressed hope for an early conclusion of successful talks. Like Tehreek-i-Insaf, government’s dialogue with Awami Tehreek also continued as both sides met at the residence of PPP Senator Rehman Malik.

Speaking to the media after the meeting, Federal Minister for Planning and Development Ahsan Iqbal said the FIR of Model Town incident has been registered according to Awami Tehreek’s wishes and expressed hope for a transparent probe into it.

Awami Tehreek leader Rahiq Abbasi, however, expresed doubt about a transparent and unbiased investigation into the killing with Chief Minister Shahbaz Sharif still in power. At least 14 workers of Awami Tehreek were killed in police firing in Model town.