The cleric is accused of terrorism, provoking violence, cyber crime among other offences in the report. 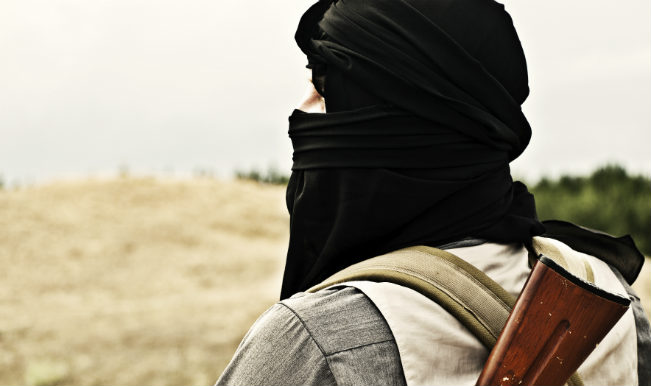 Karachi, Dec 21 :  The Pakistan government has named the chief of the Tehreek-e-Taliban Pakistan (TTP), its spokesman and six others as the main accused in the terrorist attack on the Karachi airport in June.An anti-terrorism court (ATC) yesterday issued non-bailable arrest warrants against TTP chief Mullah Fazlullah, spokesman Shahidullah Shahid and six other militants. ATC judge in Karachi, Bashir Ahmed Khoso issued the non-bailable warrants for the absconders and asked the investigating officer to arrest and produce them in court by January 8 after the inquiry team submitted its investigation report before the court. Also Read - In a Relief For Hindu Community, Pakistan's Islamabad to Get Temple, Crematorium

The investigating team has already arrested Sarmad Siddiqui, Asif Zaheer and Nadeem alias Burger alias Mullah in October for allegedly providing logistical support, funds and weapons to the 10 attackers who stormed the airport. 36 people, including the attackers, were killed in the incident. Following the June 8 attack, the Pakistani military launched a campaign of aerial strikes on militant hideouts in the tribal areas along the Afghan border. Also Read - Two Indian High Commission Officials in Pakistan go Missing; Probe on

The investigating officer in his report showed that the three detained suspects as accused and Fazlullah and Shahid as absconders for publicly claiming responsibility for the attack. Six others have been shown as absconding accused. 98 prosecution witnesses are named in the report. The ATC decision comes after the government stepped up operations against the militant group in the wake of the countrywide outrage over the deadly Taliban attack on a Peshawar army school on Tuesday in which 148 people, including 132 schoolchildren, were killed.

In the last 48 hours in Karachi itself the paramilitary rangers in renewed operations against TTP hideouts in the city have killed at least 10 terrorists. Meanwhile police have registered an FIR against the chief cleric of the controversial Lal Masjid in Islamabad, Maulana Abdul Aziz in Karachi on a complaint filed by the Muttahida Quami Movement which has demanded his arrest for abetting terrorists. The FIR was filed against Aziz for allegedly issuing threatening statements against MQM chief Altaf Hussain in one of his sermons. He had also supported the Taliban after the Peshawar school attack. The cleric is accused of terrorism, provoking violence, cyber crime among other offences in the report.