In a statement, the 17-year-old, the youngest Nobel prize recipient said: ‘I am heartbroken by this senseless and cold blooded act of terror in Peshawar that is unfolding before us. 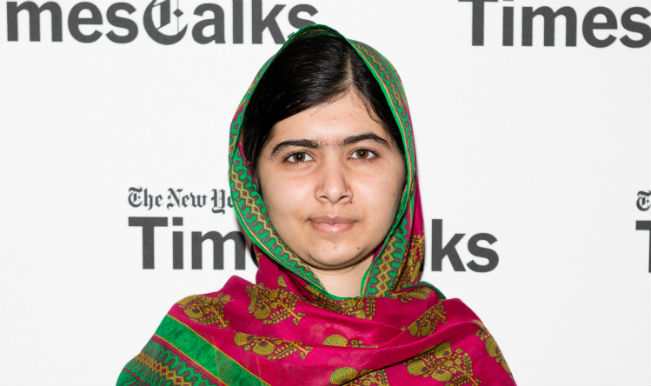 In a dastardly act the Taliban killed over 131 people, mostly children in an assault on an Army Public School in Peshawar. It’s still not known how many more injured. Ahmed Rashid, an expert on Islamic militants, told the BBC, that one of the reasons the terrorists attacked the school was to send a message to supporters of Malala. It’s believed that Malala receiving the Nobel Peace Prize was seen as an ‘effort to promote Western culture and not education’. A few days ago the Taliban said that ‘Malala had forged a pact with Western satanic forces’. Also Read - Pakistan Rejects Reports Linking Udaipur Beheading; Says BJP Will Not Succeed In Misleading People

In a statement, the 17-year-old, who is the youngest Nobel Peace prize recipient said: ‘I am heartbroken by this senseless and cold blooded act of terror in Peshawar that is unfolding before us. Innocent children in their school have no place in horror such as this. I condemn these atrocious and cowardly acts and stand united with the government and armed forces of Pakistan whose efforts so far to address this horrific event are commendable. I, along with millions of others around the world, mourn these children, my brothers and sisters – but we will never be defeated.’ Also Read - United Kingdom Unveils 75 Scholarships to Mark India's Independence Anniversary

Another reason for the attack might have been the fact that most children studying in the school were students of armed officers. ‘Many of the soldiers and officers fighting the Taliban have their children in this school so this is an attempt to demoralise the military,’ Rashid added to the BBC.

The Taliban, for its part claimed that the massacre was revenge for the army offensive against the Islamic terrorists. ‘We selected the army’s school for the attack because the government is targeting our families and females,” said Taliban spokesman Muhammad Umar Khorasani. ‘We want them to feel the pain.’

Malala was shot by the Pakistani Taliban in 2012 for, advocating education for girls, which apparently goes against Islamic culture. Malala survived the homicide attempt and has since become a global symbol for the right to education and women’s rights. The attack was condemned by leaders across the world including Narendra Modi who tweeted: ‘Strongly condemn the cowardly terrorist attack at a school in Peshawar. It is a senseless act of unspeakable brutality that has claimed lives of the most innocent of human beings – young children in their school.’

Gordon Brown, UN’s special envoy for global education also condemned the attack. He said: ‘The whole world will be shocked and heartbroken at the massacre in Peshawar that has destroyed so many innocent young lives. Prime Minister Sharif has called the attack a national tragedy and our thoughts are with families and school friends. Our hope is that emergency assistance can come immediately to those who are injured.’

‘We must remain resolute in saying that no terrorist group can at any time ever justify denying children the right to an education and we will do everything in our power to support the Pakistan authorities and make sure their schools are safe and protected. It has never been acceptable for schools to be places of conflict and for children to be subject to violence simply because they want to learn. Education is opportunity and hope for building nations. Too often innocent girls and boys have become targets for terrorists who want to deny children the right to education and schools have become theatres of war.’