When PM Modi entered the office, ecstatic Biden opened his hands as the Indian PM's hands were folded in a traditional namaste greeting.

Washington: Prime Minister Narendra Modi on Friday met US President Joe Biden at the White House for their first in-person bilateral summit. During the meeting, the both leaders discussed a wide range of issues starting from trade to climate change to stronger Indo-US relations. During the meeting Joe Biden also pointed out his deputy Kamala Harris’ Indian connection and called her mother Shyamala Gopalan, who was from India, “remarkable woman”.Also Read - Top Safest Countries in The World - Spain, France Are Here But Where Does India Stand? 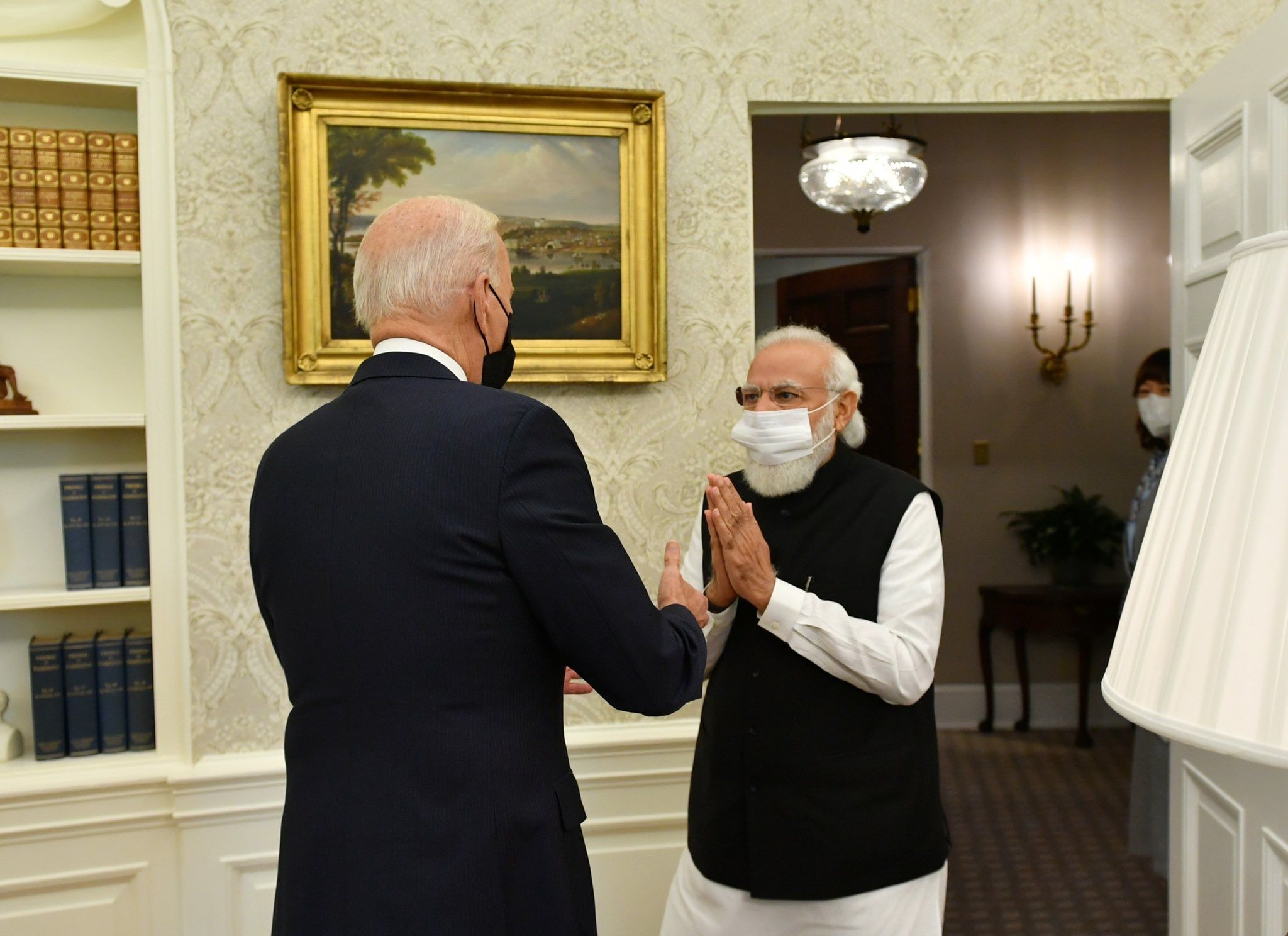 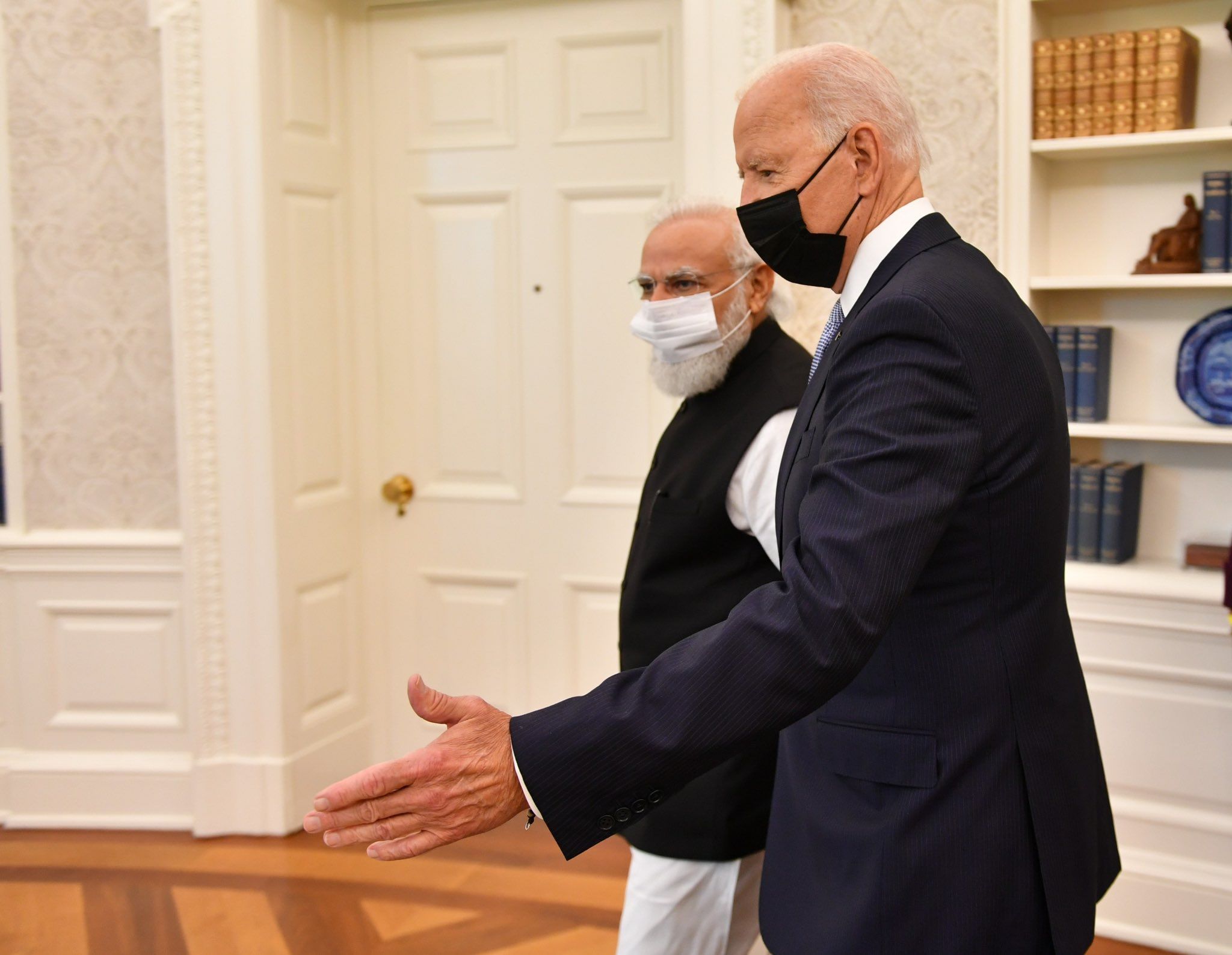 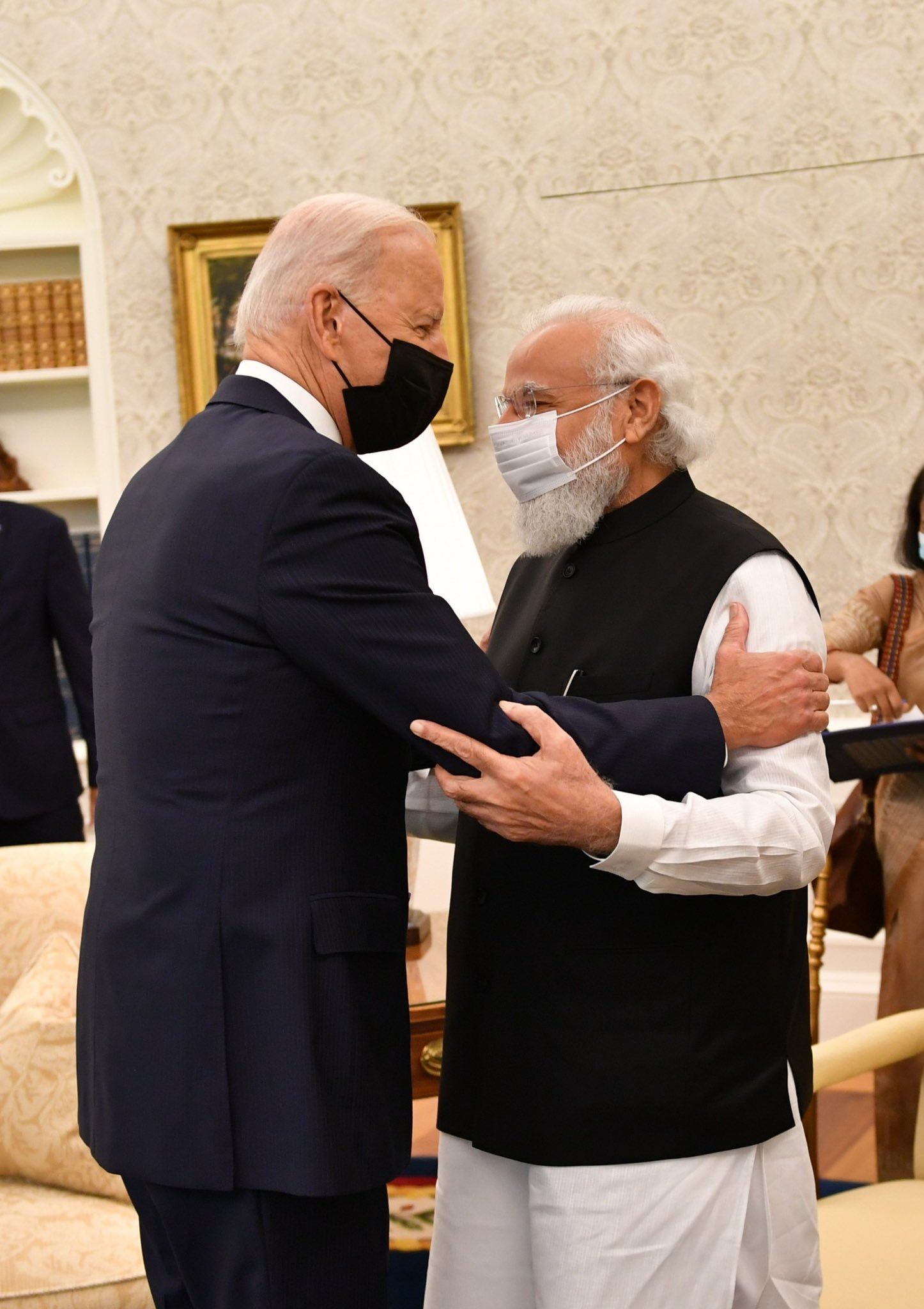 “When I showed the Prime Minister to his seat, I pointed out that that this seat is occupied almost every day by Vice President of US who is an Indian American. Vice President’s mother was from India, a scientist and a remarkable woman,” Biden said as he hosted PM Modi at the Oval Office in the White House for the first in-person bilateral meeting. Also Read - Ban on Sale, Use of Firecrackers: How These States Take Strict Measures to Bring Air Pollution Under Control

However, the video of Joe Biden welcoming PM Modi with open arms won the hearts of Indians all across the globe.

Earlier in the day, Modi arrived at the White House and the Acting Chief of Protocol greeted him at the West Wing door.

When PM Modi entered the office, Joe Biden opened his hands as the Indian PM’s hands were folded in a traditional namaste greeting.

PM Modi said, “I thank you for the warm welcome accorded to me and my delegation. Earlier, we had an opportunity to hold discussions and at that time you had laid out the vision for India-US bilateral relations. Today, you are taking initiatives to implement your vision for India-US relations.”