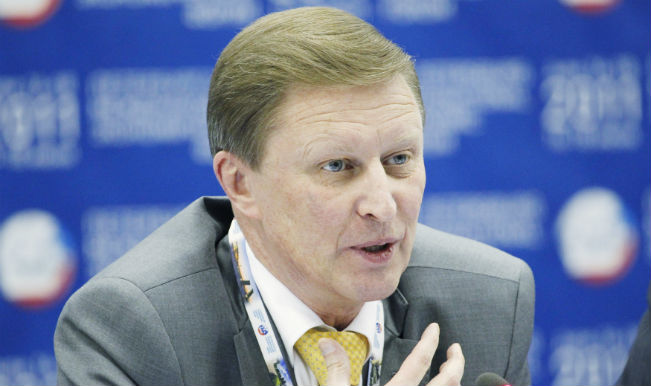 Moscow, Sep 22: Russia said that the laws adopted by Ukraine last week would give impetus to the further development of peaceful dialogue in that country. “An entire package of laws has been passed in Ukraine that gives a chance of settlement,” Russian official Sergei Ivanov said Sunday. Also Read - National Security Advisors of BRICS Nations to Hold Virtual Meeting on Thursday

The Ukrainian parliament Tuesday approved two bills offering major concessions to independence-seeking insurgents, granting amnesty to detained insurgents and “special status” to regions in eastern Ukraine for three years. “The current achievement has made it possible to halt military actions, even though peace is still rather fragile. ‘The Party of War’ has not disappeared in Ukraine, but I hope the desire for peace will prevail,” Xinhua quoted Ivanov as saying. Also Read - Sputnik V Update: Russia Confirms Deal to Supply 100 Million Doses of COVID-19 Vaccine to India

Meanwhile, Ivanov expressed the hope that the agreement on the postponement of the implementation of Ukraine’s association agreement with the European Union (EU) would be finalised on paper. Moreover, he noted the normalisation of relations between Russia and Ukraine would take time and effort, but it was inevitable.

Representatives from the Ukrainian government and rebel groups in eastern Ukraine signed a deal Saturday to establish a weapon-free buffer zone after holding peace talks in the Belarusian capital Minsk. A ceasefire agreement was reached Sep 5 after envoys from the two sides as well as Russia and the Organisation for Security and Co-operation in Europe (OSCE) held talks in Minsk.