A divided United Kingdom will have a lesser clout in the world community than a united one will have. 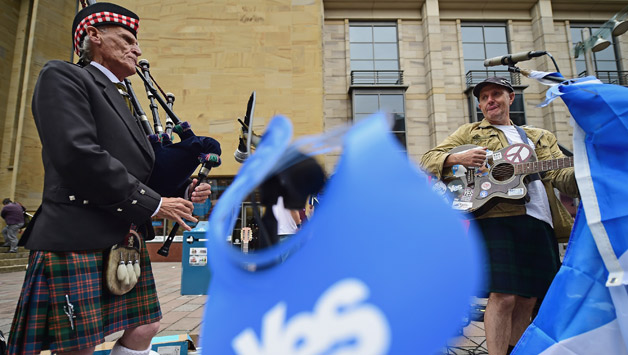 Only two days are left for a referendum to take place in Scotland for the Scots to vote for or against secession from the United Kingdom. With campaigns reaching a feverish pitch, all eyes will be on the Scots. There will also be those who will be wondering as to what will happen if the Scots say ‘Yes’ to the secession. The secession has two sides as usual. While there are some attractive positives, there are also those unwanted negatives which might affect both Scotland and the rest of United Kingdom. Also Read - Birmingham Stabbings: Man Arrested Day After UK Police Launched Search Over Late Night Attacks Across City

One of the biggest positives about Scotland breaking away from the United Kingdom is that they can rule themselves. A reason the ‘Yes’ movement has given for trying to break away from the UK is that they feel the Scots are treated as second rate citizens after the English. The secession allows them to rule themselves and have their fate in their hands. Another reason for planning to secede is that Scotland seems to have been affected more by the austerity measures imposed by the British than the English have. The Scots are bearing more brunt than the relatively richer English. Independence, they believe, will change that. But the people saying ‘No’ to the division also have valid arguments. Also Read - Birmingham Stabbings: 1 Person Killed, 7 Injured; UK Police Orders Manhunt Across City

It is widely believed that a divided United Kingdom will have a lesser clout in the world community that a united one will. Ironically, it will be the Scots who will be the worse affected as they are the smaller economic power to start with as compared to England and Wales together, the remaining members of United Kingdom. The island itself will be a fragmented one, with England and Wales forming the United Kingdom and Scotland and Northern Island being the other countries on the tiny island. This is not a great sign for the security of the three countries, in case a foreign invader attacks them. So, security is an issue they will have to deal with.

Then there is the conundrum for the European Union. There hasn’t been many comments coming from the European Union on the referendum even though they acknowledge that it is watershed moment for the continent. There is a possibility that this event will affect the nationalist sentiments of the people in other regions trying to secede from their respective countries. The significant regions are the Catalonian and Basque regions of Spain, Hungarians in Romania, Flanders in Belgium among others. The Scottish secession could cause a domino effect around Europe with each of these regions asking for Independence, at a time when Europe is trying to be more united as a territory. This is one of the reasons why the rest of Europe has been usually silent on the issue.