Tweeples happy with the news of Scotland's no independence. 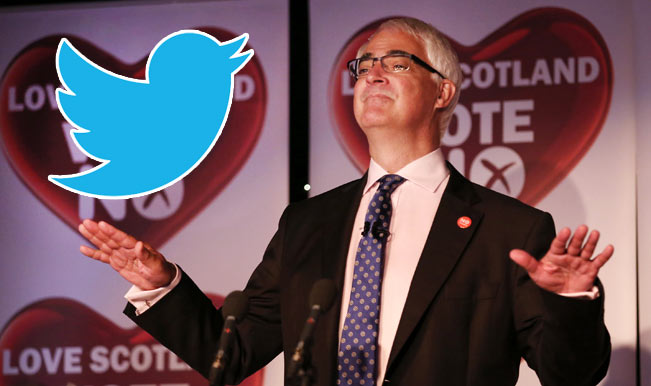 After a lot of expectation, finally Scotland has revealed their much anticipated result. The result has come out as a disappointment to the pro-independence movement by the Scottish minister, Alex Salmond. This result has turned out to be Scotland’s historic independence referendum. Also a survey had revealed that independence cold be rejected although both “Yes” and “No” campaigners said it was too close to call as counting was underway in Scotland’s 32 voting districts. Also Read - Gucci Unveils Jeans With Fake Grass Stains For Whopping Rs 88,000, Internet Left Baffled!

A preliminary report showed that 54.3 per cent voted “No” and 45.7 per cent voted “Yes”. However Tweeples seem to supporting the current outcome. Many people were glad to hear the rejection. Now everyone is waiting for the promises of more powers to Scotland made by West minister during the closing stages of the campaign. Also Read - Soaring Popularity: Twitter Records 6.1 Billion K-Pop Related Tweets in Last 12 Months

Here are some of the tweets which supports the current decision.

Well, the Scottish people did speak. Now get OFF my TV Salmond. #ScotlandDecides pic.twitter.com/bVjk2T22ZY

Democracy the winner in Scotland; now we must work together to make the Union a success for all. #ScotlandDecides

I cried, I’m happy, I’m proud to be Scottish and British! Today is going to be a loooonnngggg day as not slept ha! #ScotlandDecides

Pleased to see you made the right choice Scotland. Very happy and proud to stand together and that Britain is still Great. #ScotlandDecides

Delighted we are all staying together, massive turn out, great for democracy #ScotlandDecides