Solar Eclipse 2016: THIS is what the eclipse looks like from space! (Watch Video)

Ever wondered what this incredible phenomenon of solar eclipse looks like to the astronauts up in space? Well, here is a little glimpse of the view from outer space!

March 9: The Moon has cast a shadow over a part of the Earth today and over a million people were able to watch the Universe in action as manifested through this incredible phenomenon of nature. As the umbra (Moon’s shadow on Earth) moves from part of the planet to another, people across time zones were able to watch the Sun, Moon and the Earth align in a perfect alignment. But have you ever wondered, what the eclipse looks like if you are viewing it from out in the Space? Wouldn’t that be just a spectacular sight to behold?Also Read - NASA Launches 12-Year-Long Mission Lucy to Explore Solar System Origin, Trojan Asteroids. All You Need to Know

Well, in reality it looks eerie more than spectacular. Astronauts and cosmonauts stationed in space stations normally have incredible views of the phenomenon as it unfolds once every year. This time however, the astronauts aboard the International Space Station (ISS) did not get the chance to view the eclipse. This is because the station’s orbit has put it on the wrong side of the Earth, preventing the ISS crew from being able to view anything. Scientists have a unique view of the Umbra, as it passes over the Earth’s surface. Also Read: Solar Eclipse 2016 Live Streaming: Surya Grahan in India broadcasted live by NASA (Watch here) Also Read - NASA to Launch First 'Lucy' Mission to Distant Asteroids on Oct 16 | Details Inside

Here are two pictures of the view of a solar eclipse from space. The first one was taken by NASA in 1999, above Britain and the second was taken over Turkey in 2006. Also Read - Video: NASA Shares Mesmerizing Video of Saturn and its Moon Parade Captured by Hubble Telescope. WATCH 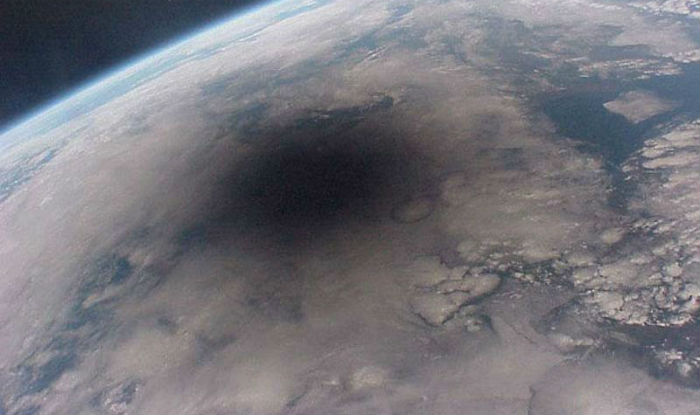 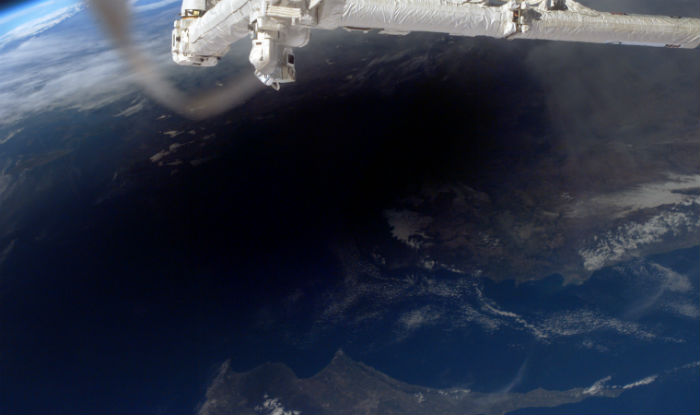 According to TechInsider, the reason that the astronauts will not be able to view the eclipse is because the Space Station follows a wavy path around the Earth, beacuse it is powered by solar energy. The unique path allows the solar panels to take the maximum amount of solar energy.

In March 2015, the astronauts up there were more fortunate and had posted pictures of the great view, like this one.

I think this is it: the umbra. Looking aft on our flightpath around maximum obscuration time. #SolarEclipse pic.twitter.com/rYz7UTpHLv

The European Space Agency had also posted a time lapse video of the Moon passing over the Sun. The video was captured by ESA Proba 2 mini-satellite, which used extreme ultraviolet wavelengths to capture the sun’s corona.

VID: Our #Proba2 had a ringside seat of today’s #SolarEclipse ! http://t.co/l8GClhB7Kq

Here is a video explaining where all the solar eclipse will be visible in India.