Special: What if ISIS plans for Eid-Ul-Zuha in Mecca?

In President Barack Obama's initial list of the coalition against the Islamic State (IS) aka ISIS aka ISIL are Saudi Arabia, Kuwait, the UAE, Bahrain and Jordan. Others are being cajoled, tempted, lured but are not quite there. India too was sounded. Mercifully, Prime Minister Narendra Modi is embarked on a mission of economic diplomacy. He will tiptoe out of this one. 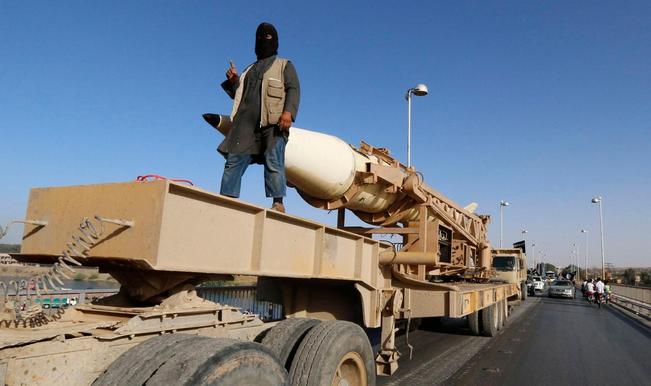 In President Barack Obama‘s initial list of the coalition against the Islamic State (IS) aka ISIS aka ISIL are Saudi Arabia, Kuwait, the UAE, Bahrain and Jordan. Others are being cajoled, tempted, lured but are not quite there. India too was sounded. Mercifully, Prime Minister Narendra Modi is embarked on a mission of economic diplomacy. He will tiptoe out of this one. The frenetic hurry with which air attacks were launched on IS positions in Iraq and Syria would seem to suggest extraordinary anxiety. To everyone’s surprise, Syria approved the strike. Clearly, a deal had been cut under the table. Would the Saudis have been privy to this understanding? Also Read - Assam-Mizoram Border Row: PM Narendra Modi to Meet Assam MPs over Border Dispute

The danger in their hugely revised estimate is not coming from Iran. In fact Saudi Foreign Minister Prince Saud al Faisal met Iranian Foreign Minister Javad Zarif on the margins of the UN General Assembly. Also Read - PM Narendra Modi to Launch e-RUPI on August 2: Know All About The New Digital Payment Platform

After the Zarif-Faisal meeting, President Hasan Rouhani congratulated King Abdullah in a message on the kingdom’s 84th National Day. The speed with which the IS had taken Mosul and threatened Baghdad alarmed the world. By contrast, the Shia Houthi’s swift takeover of Sanaa, the capital of Yemen from Abd Mansur Hadi, has evoked little response.

In a brilliant maneuver, they did not stage a coup but arrived at a power sharing arrangement with the regime. They now have the potential of becoming a Hezbullah-like force in Yemen.

Surprising that Riyadh has not pointed fingers at Iran. In the past, this has been the continuous refrain from Saudi Arabia: that Iran dabbles in Yemen. Not a word this time.

In 1980 when the US, Saudi Arabia and Pakistan set a hatchery for jehadists in Afghanistan to help eject the Soviets from that country, the hardline interior minister of Saudi Arabia, the late Prince Nayef, set up training camps for true-blue all Arab Mujahideen in Yemen also to fight Soviet influence in Aden.

It is these who mutated into al-Qaeda in Arabian Peninsula. These forces were in the care of Ali Mohsen al-Ahmar, a half brother of the earlier dictator, Abdullah Saleh. When the Houthis entered Sanaa without resistance, it was Ahmar, a one-time Saudi favourite, who fled and found refuge in Qatar.

In normal times, Saudis would have been at Iran’s throat. Instead they have been kissing Javad Zarif on both his cheeks at the UN. Something strange is happening. Saudis are swallowing their pride, making up with enemies, towards what end? Are they preparing themselves for an existential battle against the ISIS?

Let me explain why this could be an existential battle. In November 1979, Juhayman bin Uteybi, a retired corporal in the Saudi National Guard, was identified as the chief leader of the siege of Mecca which shook the foundations of the Saudi regime. Earlier that year the Ayatullahs had come to power in Tehran. The siege and its aftermath were brutally suppressed and attention instead was directed towards Shia mischief from Iran.

The Iranian revolution, the removal of triple distilled Sunni Taliban from Afghanistan, the rise of Shia power in Iraq after Saddam Hussain’s fall, the Hezbullah victory in 2006, the failure to have Bashar al Assad’s Alawi visage knocked down, Iran’s conversations with the West on the nuclear issue, and now Shia Houthis in the news, occupying Sanaa. Shia encirclement of Saudi Arabia is complete. This should be the existential crisis for Saudi Arabia. But Riyadh is drumming up its GCC cousins as a coalition of the willing against ISIS.

In 2010, Recep Tayyip Erdogan was chummy with Bashar al Assad. He sought accommodation with Assad for the Akhwan ul Muslimeen or Muslim Brotherhood in the Syrian power structure. In other words, there were a sizable number of Brothers in Syria. In Turkey, of course, Erdogan and all his cohorts were Brothers behind the screen of Ataturk’s secular constitution.

Qatar too, a patron of the Brothers, had its irons in the Syrian fire. The Amir leapfrogged into Gaza to promise them the moon. Again, the Brothers axis. All of this was most disconcerting for the Saudis. In the stand-off between President Mohamed Morsi, a Brother to boot, and Gen Abdel Fattah el Sisi, the US initially hesitated. The Saudis turned up with $8 billion to keep Egypt’s powerful Muslim Brotherhood out of power.

The Saudi’s puritanical school of Wahabism belongs to the Hanbali school of jurisprudence. So do the Brothers. The founder of Egypt’s powerful Muslim Brotherhood, Hasan al-Banna, was the son of a Hanbali Imam.

In the crisscross of fundamentalist traffic in Syria injected from the outside, there is a strong contingent of Brothers, those whose ancestors laid siege to Mecca in 1979. Their mission was to keep the faith pure. Saudi rulers, in their perception, have since deviated from Wahabi piety. Other than the Muslim Brotherhood, there are kindred spirits from other Sunni schools under the ISIS umbrella. Frustrated Baathists are too in this grouping as Born-Again Sunnis.

Suddenly, the regime in Riyadh found itself under pressure to revert to its “pure” Wahabism. The Economist reports that many more beheadings have been done in recent weeks by way of capital punishment presumably to keep pace with ISIS’s televised beheading spree, a Christian group too came under the police gaze for simply practicing their faith.

Eid-ul Zuha (Bakri Eid) is on October 6. Attribute it to their black humour, but Arab diplomats not in the Saudi camp have been floating a story: Abu Bakr al Baghdadi may like to celebrate Eid in Mecca. I had written three weeks ago that a Caliphate cannot be a Caliphate without Mecca.

Of course the US is powerful enough to prevent an outcome that will shake its two principal allies in the region – Saudi Arabia and Israel. But the People versus Potentates balance will have to reset.