"I remain optimistic that I will be able to return to Tibet. China is in the process of changing. Besides, I'm not seeking separation from China," the Dalai Lama wrote on his website. 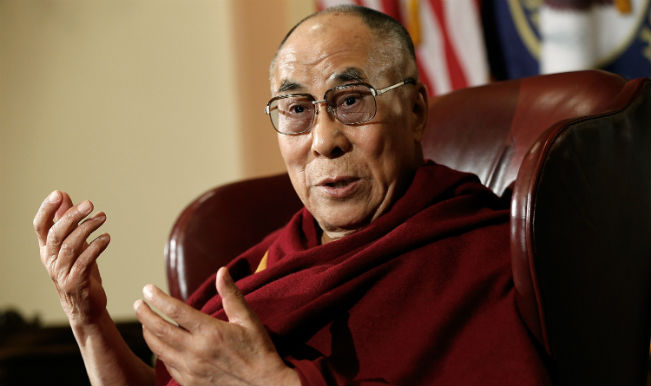 Dharamsala, Sep 30: Revered by the Tibetans as a ‘living god’ and idolised in both the Orient and the West, the Dalai Lama (name Tenzin Gyatso), known for his simplicity and typical jovial style, transcends all barriers of religion, language and even distances. He stepped back from an administrative role almost three years back but is active like never before in his sermons, lectures and rubbing shoulders with world leaders. Also Read - Amid Border Tensions, Chinese Vessels Spotted in Indian Waters Last Month; Indian Navy on Constant Watch

As the Tibetan exile administration invites three fellow laureates on October 2 to mark the silver jubilee of the conferment of the Nobel Prize on the Dalai Lama, IANS looks at future plans of the globetrotting Tibetan spiritual leader – the global face of the Tibetan exile movement – his contributions, his yearnings, his regrets, the Tibetans without him, who will be the next Dalai Lama after him and his vision. Also Read - 'Don't Like it,' Says Trump on TikTok Announcing US Deal With Oracle to Quash Security Fears

Promoting human values, non-violence and religious harmony are his commitments, say aides of the Dalai Lama.

“People of my age belong to the 20th century generation and the 20th century has passed, nobody can bring it back. Most of you belong to the 21st century, of which more than 80 years remain. The future is open and you have an opportunity, a responsibility, to make this a better, more peaceful century than has gone before,” he often said in his remarks.

“His Holiness attaches great importance to educating Tibetan children. Whenever, wherever he gets an opportunity, he loves to interact with them. He wants to make them bold enough to face the world,” said Thubten Samphel, director of the Tibet Policy Institute, a think-tank under the Central Tibetan Administration (CTA).

Living in exile in India for over half a century, the longing to see his homeland is still fresh in the mind of the 79-year-old Dalai Lama. “I remain optimistic that I will be able to return to Tibet. China is in the process of changing. Besides, I’m not seeking separation from China,” the Dalai Lama wrote on his website (dalailama.com).

Ongoing self-immolations in Tibet in China are his regrets. “These drastic actions are the symptom of a cause, which the Chinese authorities should investigate and take steps to resolve. The people who have taken these steps could just as well have harmed others, but chose instead only to harm themselves,” a post on his website quoting the Dalai Lama said.

“One day you will hear that the Dalai Lama has passed away, but I will come back, even if the institution of Dalai Lama is no longer recognised. I will be back,” says the Dalai Lama.

But Lobsang Sangay, the first democratically elected prime minister of the Tibetan government-in-exile, believes the Tibetan movement will remain strong as it ever was. “After the spiritual leader handed over the reins of government to the elected leadership, everybody was apprehensive about the Tibetan movement being carried forward without the Dalai Lama at the helm.”

“But now, we are proud to say that with his blessing, the Tibetan movement is as strong as it ever was,” said Sangay, whose post has acquired added stature with the Dalai Lama stepping down from diplomacy and politics.

The 46-year-old took over the reins of the government-in-exile in August 2011 from monk and scholar Samdhong Rinpoche, who held the post for 10 years but was overshadowed by the Dalai Lama.

But who is next after the Dalai Lama? “If useful, my successor could be female,” the Dalai Lama was often quoted as saying. But at the same time, he said, whether or not there is a next reincarnation will depend on the Tibetan people’s wishes.

The globetrotting monk goes hi-tech to reach out to the ordinary Chinese. “They (social media) are very important. They allow people to get a clearer view of reality. This is why we have to be objective and truthful, rather than manipulative, with the information we share,” he opines.

The pontiff has been advising the Tibetans to reach out to Chinese people. “If they knew more about our ‘middle-way approach’, a majority of the Chinese people would support us.”

In 1989, the Dalai Lama won the Nobel Peace Prize for his non-violent struggle for Tibet. He was awarded the US Congressional Gold Medal in October 2007, even in the face of protests by China. Three Nobel laureates – Jody Williams of the US, Shirin Ebadi of Iran and Leymah Gbowee of Liberia – are participating to grace the Dalai Lama’s Nobel silver jubilee anniversary celebrations.

The Dalai Lama now lives in exile along with some 140,000 Tibetans, over 100,000 of them in different parts of India. Over six million Tibetans live in Tibet.