Susan Rice: Bad nuclear deal with Iran is worse than no deal

President Barack Obama's national security advisor has said that a bad nuclear deal with Iran is worse than no deal at all, asserting that the US is keeping all options open to prevent it from developing atomic weapons. 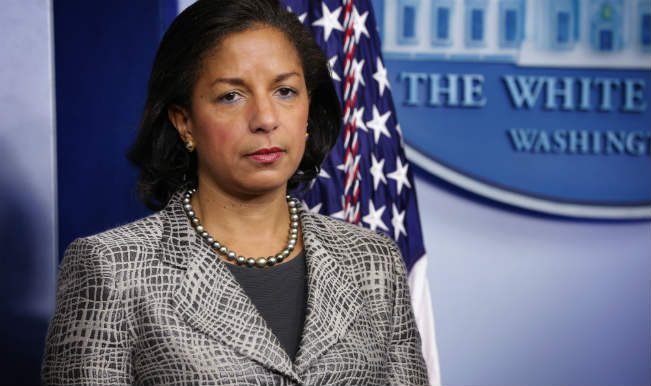 Also Read - Iran’s Nuclear Program - Will it Become The Next Battleground For United States?

Washington, Mar 3: President Barack Obama’s national security advisor has said that a bad nuclear deal with Iran is worse than no deal at all, asserting that the US is keeping all options open to prevent it from developing atomic weapons. NSA Susan Rice told a meeting of the American-Israel Public Affairs Committee that President Obama was committed to “ensuring that Iran does not get a nuclear weapon”. “Israel’s security is at the heart of one of President Obama’s most important foreign policy objectives,” Rice said, commenting on Israeli Prime Minister Benjamin Netayahu’s remarks that Obama did not fully understand his nation’s vital security concerns. (Barack Obama aide urges Congress not to impose sanctions on Iran) Also Read - Iranian Leader Khamenei Urges 'Punishing' of those Behind Scientist's Killing

She recalled the US president’s statement in Israel that “America will do whatever is must to prevent a nuclear- armed Iran”. “President Obama said it. He meant it. And those are his orders to us all,” Rice said. “Given Iran’s support for terrorism, the risk of a nuclear-arms race in the region, and the danger to the entire global non-proliferation regime, an Iran with a nuclear weapon would not just be a threat to Israel, it’s an unacceptable threat to the US,” she said. Also Read - Mohsen Fakhrizadeh, Iran's Top Nuclear Scientist Linked to Military Program, Assassinated

Assuring Israel that the Obama administration acknowledges its concerns with regard to talks with Iran, she said, “We understand the concerns of our Israeli friends and partners. I want to be very clear. A bad deal is worse than no deal.” In an apparent reference to Netanyahu’s speech in Congress, she warned that “sensitive details” of the ongoing negotiations with Iran should not “be discussed in public.”
“I’m not going to get into details about ongoing negotiations nor should sensitive details of an ongoing negotiation be discussed in public,” she said.

She, however, revealed new insight into Washington’s negotiating position in the P5+1 talks with Iran.
With the Joint Plan of Action, the US-led international community has already succeeded in halting Iran’s nuclear program and rolling it back in key areas, she said.

“Iran is doing away with its existing stockpile of highly enriched uranium. It has capped its stock of low enriched uranium and the country has not constructed additional enrichment facilities. “Iran has not installed or operated new centrifuges. It has halted construction at its potential plutonium reactor at Arak. In short, Iran is further away from a nuclear weapon than it was a year ago,” she said.