Modi will be the first Indian Prime Minister since 1987 to visit the island. 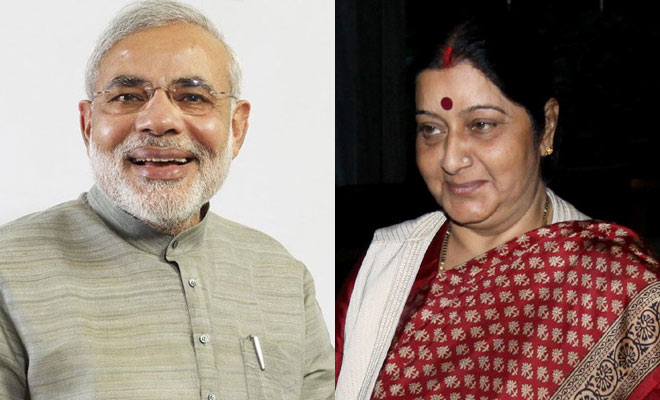 Colombo, Mar 1 :  External Affairs Minister Sushma Swaraj will arrive here on Friday to set the stage for Prime Minister Narendra Modi’s visit to Sri Lanka, the first bilateral visit to the country by an Indian premier in over 25 years. During her two-day stay, Swaraj will call on Prime Minister Ranil Wickremesinghe and hold talks with Foreign Minister Mangala Samaraweera, the Sunday Times reported. She is also expected to call on President Maithripala Sirisena during the trip, seen as a precursor to the visit by Modi on March 13. (Read: Government to look into farmers concerns on land acquisition ordinance) Also Read - COVID-19 Vaccine Will be Ready in Next Few Weeks: PM Modi at All-Party Meeting | Key Points

This is Prime Minister Modi’s first visit to Lanka during which he is likely to travel to war-ravaged Jaffna in the Tamil-dominated Northern Province and Trincomalee in the Eastern Province. He is scheduled to travel to Jaffna, Anuradhapura and Kandy during his stay in Sri Lanka, the report said, citing presidential secretariat sources. It further added that Modi will visit the Dalada Maligawa in Kandy and also inspect ongoing Indian housing projects in the estate sector. Also Read - PM Modi to Address All-party Meet at 10:30 AM Today | What to Expect

Modi’s visit will be a return for Sirisena’s visit to Delhi last month that saw the two countries sign a civil nuclear pact. It was Sirisena’s first overseas visit since being inducted as the president in January.] Modi was originally invited to visit Sri Lanka by former President Mahinda Rajapaksa. However, Indo-Lanka relations nosedived during the Rajapaksa regime as China had expanded its footprint in the country by building ports, highways and participating in other infrastructure projects.

Modi will be the first Indian Prime Minister since 1987 to visit the island. Rajiv Gandhi, the then Prime Minister, met with a hostile reception as he was attacked by a Sri Lankan sailor using a rifle butt during a guard of honour. Modi’s visit to Sri Lanka will be part of a tour of four Indian Ocean nations, including Mauritius, Seychelles and the Maldives, the report said, adding that his visit to Male seems uncertain because of the political crisis there.