Johnson along with 38-year-old lawyer Katrina Dawson, were killed in the cafe siege after being fatally shot by the gunman. 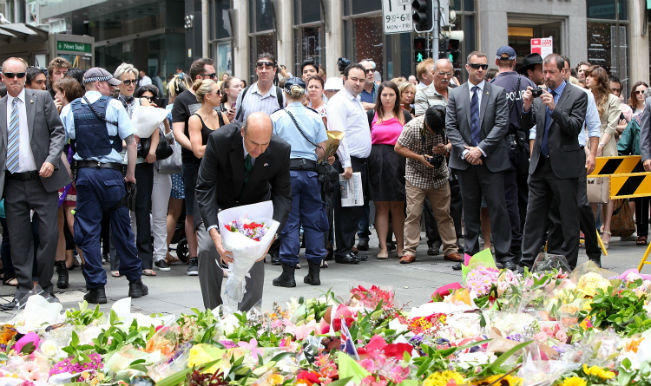 Melbourne, Dec 16: Tori Johnson, the manager of the Lindt cafe, who was killed in the Martin Place siege in Sydney while attempting to secure the gun from the hostage-taker, is being hailed as a hero for giving the other hostages trapped in the cafe a chance to flee.

According to News.com.au, it is understood that Johnson, 34, decided to take action when the gunman Man Haron Monis began to doze off after the siege had been ongoing for 17 hours. Also Read - Disgusting! Sydney Police Asks Woman to Remove Tampon During Strip-Search

Johnson along with 38-year-old lawyer Katrina Dawson, were killed in the cafe siege after being fatally shot by the gunman. Also Read - Secret Has Gone With You! Sushant Singh Rajput's MS Dhoni Co-Star Bhumika Chawala Shares Heartfelt Post

The parents of Johnson released a statement post his demise saying they were “so proud of their beautiful boy Tori.” Also Read - ECB Terminates Players' Contracts For The Hundred

His family also expressed their sorrow for the family of Katrina Dawson, the report said.