The SEA has struck again and this time its target were British Media websites. 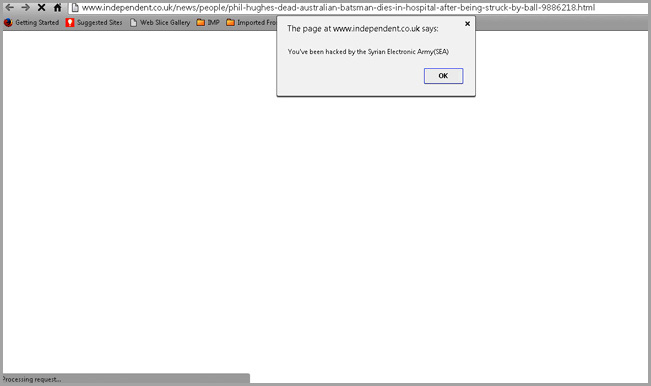 Syrian Electronic Army (SEA), a group of computer hackers supervised by the Syrian Assad regime, supported by the Syrian President, Bashar al-Assad have hacked a number of media websites including Independent.co.uk, the Evening Standard. When a user visits the website, a pop up appears on the browser saying “You have been hacked by the Syrian Electronic Army (SEA)” and redirects to an image page containing their logo. Also Read - Secret Has Gone With You! Sushant Singh Rajput's MS Dhoni Co-Star Bhumika Chawala Shares Heartfelt Post

Although earlier the blame was on the network and the website, it was later confirmed that the sites were hacked by the Syrian Electronic Army. The Independent reports that “the hack hit websites using the popular Gigya comment platform. Hackers re-directed some users to their site or to display their messages, by exploiting the DNS entry — which translates URLs such as independent.co.uk into directions to the site — at GoDaddy, the site’s domain registrar.” Also Read - ECB Terminates Players' Contracts For The Hundred 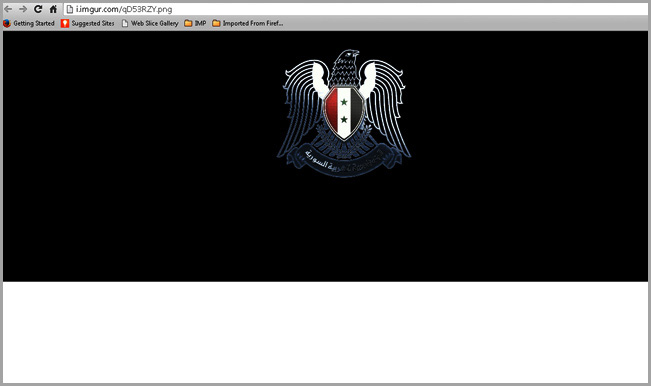 When checked on multiple systems, the message appeared on some computers and also persisted on different browsers. Sometimes, the message would appear after a user would stay on the page for a couple of minutes. As of this moment, the nature and motive behind this attack remains unknown. This is not the first time Syrian Electronic Army have launched such cyber attacks on foreign wbsites. In they past, they have hacked the Twitter accounts of Associated Press, Reuters and also hacked the servers of TrueCaller, a popular mobile phone database company. As per reports, the affected sites also include OK Magazine, America’s National Hockey League, Telegraph and Evening Standard.