Describing terrorism as a "central feature" holding back normalisation of Indo-Pak ties, India's envoy here has said that the new Indian government was keen to forge good relations with all neighbouring countries. 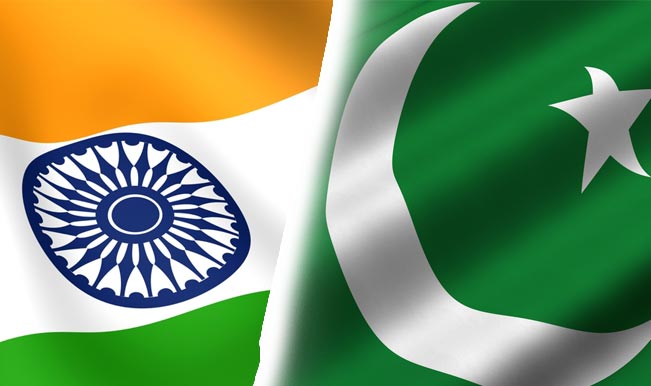 Islamabad, May 28: Describing terrorism as a “central feature” holding back normalisation of Indo-Pak ties, India’s envoy here has said that the new Indian government was keen to forge good relations with all neighbouring countries. Terrorism was a “central feature” which is holding back the bilateral ties between Indian and Pakistan, said High Commissioner TCA Raghavan. “Relations between neighbouring countries are always difficult. And ties between India and Pakistan are no exception,” he said while speaking on ‘History and Diplomacy: Contextualising India-Pakistan Relations.’ (Also read: Indo-Pak relations: Pakistan NSA Sartaz Aziz to hold talks with India on Kashmir dispute) Also Read - PM Modi Speaks To French President, Assures India's Support in Fight Against Terrorism

“In terms of policy, the choice is ours,” he said. “But things can improve, depending on the kind of policies we craft in future,” Raghavan said. He said that the new government of Prime Minister Narendra Modi attached great importance to neighbouring countries, the Dawn reported today. Prime Minister Modi would soon be visiting Bangladesh to sign the India-Bangladesh land boundary agreement, he said. Last year, Pakistan’s Prime Minister Nawaz Sharif was invited to participate in the oath-taking ceremony of the new Indian Premier and attempts were made to resume foreign secretary-level talks. But they ran into roadblocks, he said. Also Read - Five Arrested in Delhi Following an Encounter, Group was Backed by ISI for Narcoterrorism: Police

India had called off the scheduled foreign secretary-level talks with Pakistan in August, objecting to its envoy meeting Kashmir separatists on the eve of the dialogue. Raghavan said instead of discussing the present, he would step back because “history heavily weighs on Indo-Pak relations.” He said there were ‘angles’ on Indo-Pak ties and he would focus on two sets of frames. The first one was about disagreements on issues like Jammu and Kashmir, water aggression, Indian consulates’ role in Afghanistan and ceasefire violations along the Line of Control.

The second provided an alternative view emphasising commonalities such as popular culture, music, cinema and fashion, he said. He termed the Indus Waters Treaty “a significant achievement” and “a great triumph of diplomacy” despite the polemical discourse now surrounding it. He said technology had changed the landscape in which diplomacy was once conducted, which was why governments had a diminishing role on how people thought about each other.