Tony Abbott: Citizens’ freedom might be restricted for security

The Australian government is set to introduce counter-terrorism laws to crack down on Australians fighting for militant or terrorist groups, media reported 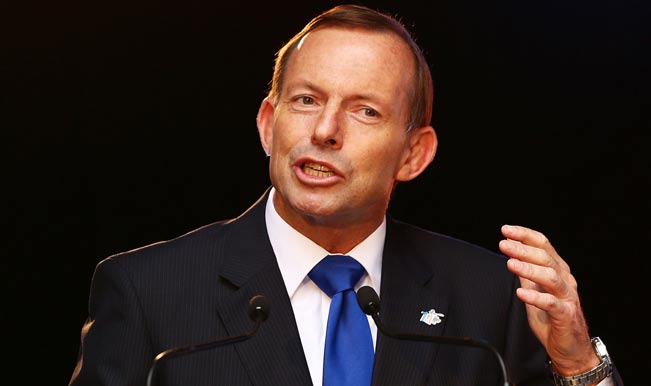 Canberra, Sep 22: The Australian government is set to introduce counter-terrorism laws to crack down on Australians fighting for militant or terrorist groups, media reported. Australians have been warned that their freedom might have to be restricted for the sake of national security, the Canberra Times reported Monday. Also Read - ECB Terminates Players' Contracts For The Hundred

The decision was taken after Australia’s terror threat level was increased from medium to high. In a speech to parliament Monday, Prime Minister Tony Abbott said the “delicate balance” between freedom and security would have to shift for some time in light of the heightened terror risk. Abbott warned that there could be “more restrictions on some so that there can be more protection for others”. Also Read - Zee Digital Witnesses Remarkable Growth, Ranks 3rd on ComScore In January 2020 In News & Information Category

He said the curtailing of some freedoms was necessary to send an “unambiguous message” that Australians who joined terrorist groups would face the full force of the law. “Regrettably, for some time to come, the delicate balance between freedom and security may have to shift. After all, the most basic freedom of all is the freedom to walk the streets unharmed and to sleep safe in our beds at night,” Abbott said.

The prime minister told the House of Representatives that new security laws would make it an offence to travel to certain areas, such as Raqqa in Syria, without good reason. “My unambiguous message to all Australians who fight with terrorist groups is that you will be arrested, prosecuted and jailed for a very long time; and that our laws are being changed to make it easier to keep potential terrorists off our streets,” Abbott said.

The opposition is likely to support the government’s new counter-terror legislation. “We must ensure that in legislating to protect our national security, the parliament is careful not to damage the very qualities and liberties that we are seeking to defend from terrorist threats,” said Leader of the Opposition Bill Shorten.