The remains of two more victims aboard the Malaysian Airlines MH17, that was shot down over Ukraine, have been identified, authorities said Monday 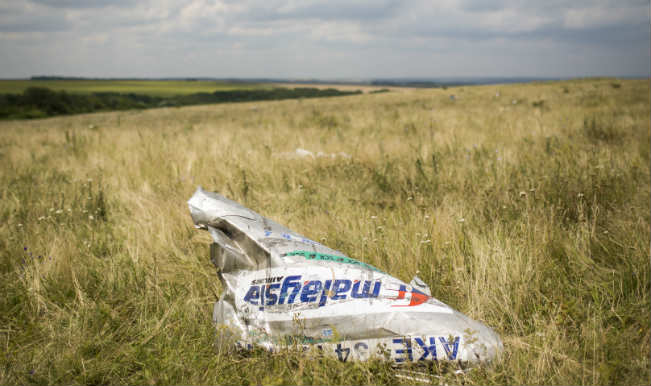 Kuala Lumpur, Sep 15: The remains of two more victims aboard the Malaysian Airlines MH17, that was shot down over Ukraine, have been identified, authorities said Monday. All remains of the 15 crew members of the flight have been identified, Transport Minister Liow Tiong Lai said Monday Also Read - WHAT? UK Woman in Dubai Says 'F*** You' to Flatmate on WhatsApp, Faces 2 Year in Jail

The last crew member identified was steward Shaikh Mohd Noor Mahmood, 44, the Malaysian Star reported. The Flight MH17 from Amsterdam to Kuala Lumpur was shot down in separatists-controlled eastern Ukraine July 17, killing all 298 on board. As for passengers, the latest to be identified was Liew Yau Chee – bringing the total number of Malaysians identified to 36. Also Read - The Girl On The Train Trailer Out: Parineeti Chopra as Meera is Full of Secrets And Suspense | Watch

“We are coordinating with Dutch authorities to speed up the identification process for the remaining seven victims,” Liow said. “Hopefully their remains are in the Netherlands, otherwise, we will have to return to the crash site to look for them,” he said. So far, the remains of 32 Malaysians and three Dutch victims have been repatriated to Malaysia.

“We are making arrangements to bring back the remains of four victims, including the two children of Shell employee Tambi Jiee, who were identified last week,” Liow said. Tambi, 49, his wife Ariza Gazalee, 47, and their four children died in the tragedy on July 17. All of them have been identified except for the youngest child.

The next batch of repatriation is expected Thursday. On the search for MH370, Liow Sunday said the operation has entered an important phase of deep-sea search. He added that Fugro Discovery – a vessel contracted by the Australian government – and Go Phoenix – contracted by Petronas – would join search operations, with the latter arriving in Australia Sep 21.

“We have discovered 58 hard objects on the seabed (of the search area) and now we have to find out if these came from the aircraft or are just rocks,” Liow said. The Boeing 777-200 took off with 239 passengers and crew from Kuala Lumpur March 8 and was expected to reach Beijing six hours later.

However, 40 minutes after take off, the plane suddenly disappeared from radar screens and is believed to have crashed somewhere in the southern Indian Ocean.