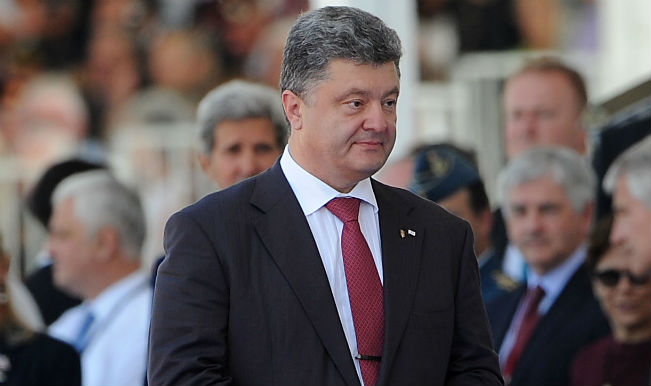 Kiev, Sep 16: Ukraine President Petro Poroshenkohas proposed granting temporary autonomy to some rebel-held areas in the eastern part of the country. The autonomy would last for three years, according to the draft legislation Poroshenko submitted to Ukraine’s parliament Monday. Though the document does not specify the potential autonomous areas, Poroshenko was understood to be referring to districts in the Lugansk and Donetsk regions, the principal strongholds of ethnic-Russian separatist militias. Also Read - ECB Terminates Players' Contracts For The Hundred

Media outlets in Kiev said the draft also stipulated an amnesty for separatists who did not commit major crimes or participate in the July 17 downing of a Malaysian airliner that resulted in the death of all 298 people on board. The Kiev government and its Western allies accuse the separatists of blasting the plane out of the sky, but the rebels say they lack the armaments necessary to shoot down a civilian airliner traveling at cruising altitude. Also Read - Zee Digital Witnesses Remarkable Growth, Ranks 3rd on ComScore In January 2020 In News & Information Category

Alongside the possible autonomy plan, Poroshenko is calling for citizens in the rebellious east to cast ballots in the Nov 9 parliamentary elections. He also vowed there would be no restrictions on use of the Russian language in public or private venues or in the educational system, a major demand of the separatists. Parliament will take up the proposal on Tuesday, but is likely to face opposition from lawmakers unhappy over what they see as concessions to Moscow.

Kiev and the separatists agreed Sep 5 to a ceasefire plan that includes an exchange of prisoners and opening humanitarian corridors in the conflict zone. The separatist leaders say their goal is complete independence from Kiev.