Russian foreign ministry spokeswoman Maria Zakharova told a news agency that the positive yet fragile trend in seeking a peaceful settlement of the Ukraine crisis must be preserved. 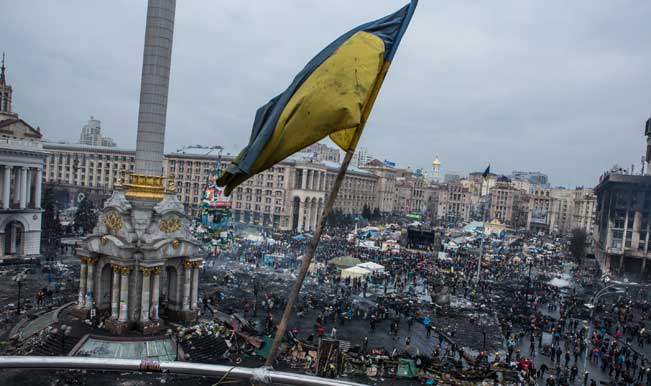 Kiev/Minsk, Sep 5: Ukraine’s government and pro-Russia insurgents announced Friday that they have signed a ceasefire protocol that will take effect later in the day. The truce was inked in the Belorussian capital Minsk, where envoys from the two warring sides as well as Russia and the Organisation for Security and Cooperation in Europe (OSCE) were holding talks for a possible political settlement of the Ukraine crisis, Xinhua reported. Also Read - Fake Naked Images of Thousands of Women Are Being Created & Shared on Telegram; Why It's Extremely Worrying

In a statement published on his website, Ukrainian President Petro Poroshenko said he had ordered the army to cease fire from 3 p.m. GMT Friday, as agreed in Minsk. Meanwhile, he stressed that the insurgents must also observe the ceasefire and that OSCE observers should monitor its implementation on the ground. Also Read - Ukrainian Fitness Influencer Who Told His Followers That Covid-19 Doesn't Exist Dies of Coronavirus

Russian foreign ministry spokeswoman Maria Zakharova told a news agency that the positive yet fragile trend in seeking a peaceful settlement of the Ukraine crisis must be preserved. “It is impossible and scary to do any forecasts. But our position remains unchanged — there is no other way but peace talks,” she said.

Citing an unnamed source close to the Minsk talks, Interfax news agency reported that the ceasefire protocol has 14 provisions, covering a range of issues including captive swaps. Former Ukrainian President Leonid Kuchma, Russian Ambassador to Ukraine Mikhail Zurabov, OSCE representative in Ukraine Heidi Tagliavini, and representatives from the self-proclaimed republics of Lugansk and Donetsk participated in the Minsk talks.