The mainly ethnic-Russian separatist militias in eastern Ukraine have again denied that they shot down the Malaysia Airlines plane which crashed in the region July 17, killing all 298 people aboard 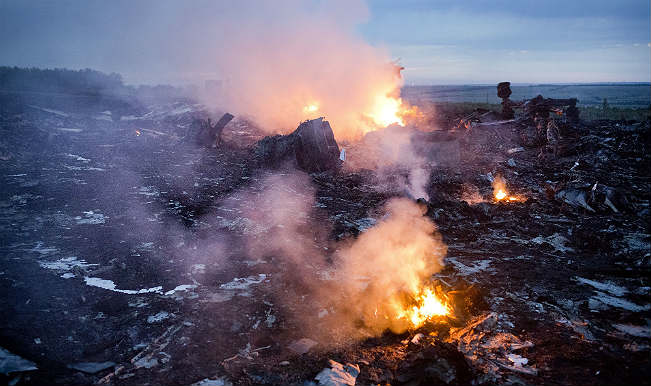 Moscow, Sep 10: The mainly ethnic-Russian separatist militias in eastern Ukraine have again denied that they shot down the Malaysia Airlines plane which crashed in the region July 17, killing all 298 people aboard. Russia’s Interfax news agency Tuesday quoted the leader of the self-proclaimed Donetsk People’s Republic, Alexander Zakharchenko, as saying that the rebels never had the kind of weapons that would be needed to shoot down a commercial airliner. Also Read - Fake Naked Images of Thousands of Women Are Being Created & Shared on Telegram; Why It's Extremely Worrying

The Ukrainian government in Kiev says the plane was shot down by a rocket fired from an area under the militias’ control and a preliminary report from the Dutch Safety Board confirms that the aircraft was downed by “high-energy objects” fired from the outside. “The final report will be released in the summer of 2015,” the board’s spokeswoman, Sara Vernooij, told Efe news agency Tuesday. The jet was flying over Donetsk, a region which was seeing intense fighting between Ukrainian government forces and the independence-seeking militias. Also Read - Ukrainian Fitness Influencer Who Told His Followers That Covid-19 Doesn't Exist Dies of Coronavirus

Each side has blamed the other for the downing of the airliner. Malaysia Airlines Flight MH17 was carrying 283 passengers and a crew of 15 when it crashed en route from Amsterdam to Kuala Lumpur.

Most of those killed, 193 people, were of Dutch nationality.